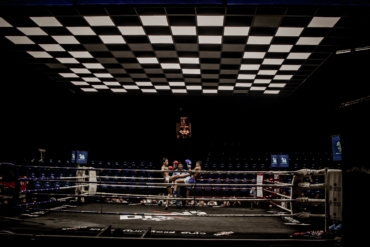 Ripple (XRP) is the most controversial cryptocurrency in the market. Well, it has three class action lawsuits filed against it. Enthusiasts are awaiting the SEC’s pronouncement as to whether XRP is a security or not. Well, ConsenSys founder and Ethereum co-founder, Joseph Lubin, has joined the debate. Yes, the debate of whether Ripple is a blockchain or not.

In an exclusive interview with Bloomberg on Wednesday, Lubin didn’t mince words when he said that Ripple is no blockchain. But the interview, which is mainly about Ethereum (ETH) developments and the current state of the cryptocurrency market, saw Lubin saying as much. When he was asked what his reaction would be if other protocols, which focus on decentralization and speed, have an edge over time, he said he didn’t care.

His View On Ripple (XRP) And EOS

When asked about his view on Ripple, Lubin was blunt on his position. In truth, he stated that it is a sort of payment system, but that he doesn’t consider it a competitor. On EOS, Lubin said that it is a “slightly” decentralized approach at developing a blockchain platform.

Lubin went further to explain why he used “slightly” to describe the platform. He said that the platform is “slightly” decentralized because its team configuration is peopled with 21 members who know one another. He concluded by saying that EOS is interesting, but that it is dangerous to describe it as a layer-one technology.

Indeed, both Ripple and EOS have faced criticisms in recent times. Though, Ripple (XRP) criticism seems to be much worse, leaving its own executives to provide a hazy narrative. A cryptographer, David Schwartz, once explained Ripple as a network that is not a distributed ledger. In agreement with Lubin’s take, Schwartz says that he doubts the uptake of Ripple from its target market, which is the banking sector.

In what appears as a swift response to the criticisms, the CEO of Ripple, Brad Garlinghouse, refuted the claims. Truly, Garlinghouse proclaimed that dozens of banks would use Ripple in the future.

As expected, Lubin was blowing his own trumpet as he showered encomiums on Ethereum (ETH). Well, he disclosed that the development activities on Ethereum for the past ten months have opened their eyes to expand “two orders of magnitude” despite incessant ETH price drops. Finally, he posited that there are lots of activities going on in the ecosystem, adding that these activities are “overwhelming.”