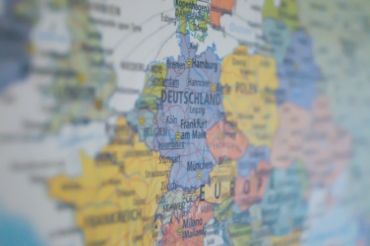 The European Union is joining a long list of organizations issuing stern warnings to there people to stay away from cryptocurrency. The EU was particularly worrisome about the future of virtual currency as it could potentially run into conflict with central banks around the world.

Detail Of The Report

In the report, the EU states plans are underway for central banks and investment banks to release their digital own currencies. Commissioned by the Union’s committee on Economic and Monetary Affairs (ECON) which supervises the European Central Bank (ECB), the warning notes that the issuance of such tokens will mark the end of virtual currencies such as Bitcoin. The statement added that the virtual currencies will be unveiled soon and that the planned aggressive promotion will broaden the competition between them and the privately issued cryptocurrencies.

The report wonders why anyone would say that Bitcoin is truly decentralized with little or no mining competition. It adds that five mining pools control a whipping 79% of its total mining.

The advisory brought the attention of EU cryptocurrency communities that are participating in cryptocurrencies outside the Union’s jurisdiction. They think the Union will do nothing in the events of frauds or misgivings from issuers. Furthermore, it said that the EU only captures about 13% of the existing mining market working in its jurisdiction.

However, surveys show that European countries are embracing digital currency despite the EU not giving a go-ahead. Take, for instance, Bulgaria. They launched the first set of cryptocurrency ATMs. Slovenia is at the forefront of Bitcoin innovation, launching a “Bitcoin City” – just a stone’s throw from its capital.

The EU is in the vanguard of campaigning for regulating cryptocurrencies in her domain for a while now. From the foregoing, the Union has something in store for cryptocurrencies; but what is nonetheless unclear is its implementation. At a G20 meeting in February, Valdis Dombrovskis, EU Financial Chief, spoke at a round-table meeting calling for actions on virtual currencies. In the meeting, attended by European Central Bank and Financial Stability Board, Dombrovskis said that the Union must be observant. They need to determine regulation use to avert emerging crypto risks where there is absence of preventive response mechanisms. He later disclosed that the commission will carry out risk assessment on cryptocurrencies and their related products. Their goal must be to ascertain whether or not a regulation at the EU level is currently a requirement.