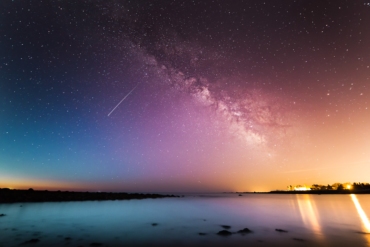 Talks are ongoing with a lot of crypto projects initiated by Facebook. It is seeking to integrate blockchain technology into their massive social platform.

Facebook’s blockchain team and its leader, David Marcus, have of late been discussing the issue with Stellar (XLM). They are trying to find out how Stellar’s blockchain technology could integrate with the network’s accessible services and products.

Business Insider’s sources speculate that social media giant is either trying to launch its own blockchain technology or trying to explore a variety of blockchain uses in the company itself:

“In recent months, Facebook’s blockchain team, led by former PayPal executive David Marcus, has met with open source payments Technology Company Stellar about some of those opportunities, people familiar with the talks told Business Insider. While the talks were early stage, they could shed light on Facebook’s ambitions to push into finance and take on big banks.”

Facebook To Use Blockchain Technology To Compete With Other Financial Institutions

Sources inform Business Insider that the social network is thinking of using blockchain technology to contend with conventional financial institutions. This is because blockchain has the capacity to transfer currency safely, quickly, and at drastically lower rates.

Business Insider as well states that it has a source within Stellar. That source throws additional light on the tete-a-tete with the network:

“A Stellar insider told Business Insider it would make sense for Facebook to record payments transactions onto a distributed ledger like Stellar. Other merchants could then connect to a Stellar-based ledger.”

The continuing objective of such a platform is to contend with the speedy payment networks. In addition, it would offer a parallel monetary service. Still, a global monetary platform creation is in the offing. Facebook seeks to add value to their stagnant platform by offering fast financial transactions for all of their users. Thus, a crypto payment platform based on Stellar could present a parallel network with superior functionality.

Will Facebook Be Able To Fork The Main Stellar Network?

It is fascinating to note that Business Insider reports that social media network is making an allowance for forking the major Stellar network.

Such branching would divide the Stellar blockchain in two. This is similar to the splitting of Bitcoin blockchain into BTC and BCH in August of 2017.

If Facebook is able to fork the Stellar blockchain, then it need not have a blockchain platform of its own. Since Facebook is an open source platform it has the liberty to fork Stellar in addition to creating its own coin.