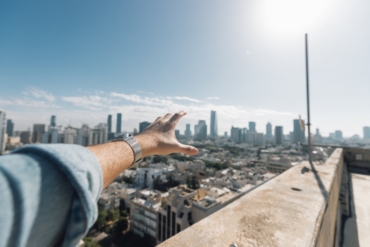 Kin-Wai Lau, CEO of Fatfish Internet Group, believes we will continue to witness Bitcoin’s price gradually increase. He explained that there are two factors influencing the movement of the market right now. One he calls “second wave valley” while the second is the potential Bitcoin ETF approval from the US Securities and Exchange Commission (SEC).

Speaking on CNBC’s, The Coin Rush, Lau said that investors will perceive the current price action of Bitcoin as a “second wave valley,” noting that he has the feeling that it is a “strong wave.” When asked of Bitcoin’s price in the future, Lau said there are enormous interests at the moment.

Buttressing his fact, he cited that trading is seven times higher then previously in early 2018. He further posited that the coin is increasingly improving despite some inevitable pitfalls. The CEO also opined that adoption and interest in cryptocurrencies will likely play positive roles in the coin’s future price.

When the interviewer asked the Fatfish Chief Executive Officer of his opinion about the SEC approving the Bitcoin ETF, he said that there are certain requirements that eligible applicants have to meet. Lau listed them as self-regulation and creating liquidity among others. He added that sooner rather then later, the market will be accepting of a Bitcoin ETF.

Stability In The Cryptocurrency Market

When asked what the cryptocurrency market needs for stability, the Fatfish Internet CEO stated cryptocurrency adoption must become spread worldwide. He also enjoined countries who are regulating the market instead of banning cryptos to keep it up. Futhermore, he stated that regulators are doing a great job and that even though the regulations may seem stringent and punitive, they are for the betterment of Bitcoin and altcoins.

The Bitcoin ETF has become a debate among many cryptocurrency experts. Many of them are suggesting that if the SEC approves it, cryptocurrencies will experience positive price movement. Well, a couple of financial services firms have applied for such a go-ahead from the SEC recently. Of the many firms that applied, not one of them has gotten such approval as the SEC turned down their applications. That includes two applications from the Winklevoss twins. Although some firms have had their applications thrown out, there are hopes that the watchdog may approve some others in the near future.