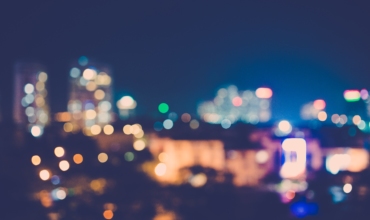 The Federal Bureau of Investigations is currently working on 130 cases related to digital currencies. The update comes from FBI supervisory special agent, Kyle Armstrong, who spoke at the Cryptocurrency Evolve Conference in New York.

Armstrong is in charge of the FBI’s virtual currency initiative, which operations span roughly three years. The supervisor says that the FBI has taken a neutral view on cryptocurrencies. He, however, noted that there is increasing illegal activities largely facilitated by crypto payments. Armstrong elaborated that, “There are thousands of cases in the bureau, so it is a small sliver at this point.”

According to Armstrong, the dark web is enabling many illegal activities. This includes a potential surge in drug abuse since transactions are made through decentralized digital currencies. He added the bureau is also seeing a rise in digital currency related extortion. One of the locations seeing this specifically is the southwest border of the US.

The FBI Asks For Help

The FBI asked for 80 positions and $21.6M to improve its investigative technology in order to deal with cybercrime effectively. An agency report states, “Some of our criminal investigators face the challenge of identifying online pedophiles who hide their crimes and identities behind layers of anonymizing technologies, or drug traffickers who use virtual currencies to obscure their transactions.”

There is a mounting fight against criminals who use cryptocurrencies to complete their transactions. In the US, the House of Representatives unanimously passed a bill which aims at preventing the illicit use of virtual currencies like Bitcoin, Moreno, Zcash, and Dash. The bill followed a testimony from a high ranking official of the United States Secret Service before the House of Representatives Financial Services Subcommittee on Terrorism and Illicit Finance. The official requested for Congress to help in the fight against the illicit use of digital currencies.

On June 26th, the U.S. Department of Justice announced seizing more than 2,000 bitcoins, as well as other digital currencies, having an approximate value of more than $20M. The  operation targeted darknet dealers. The DOJ notes that it is working on making several arrests in regards to people funding illegal trade.