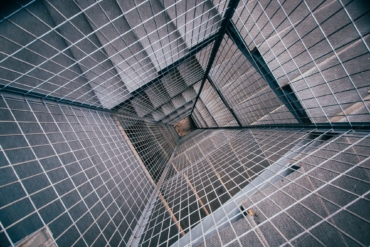 There’s a serious need for government-issued digital currency according to Sheila Bair, former Federal Deposit Insurance Corporation (FDIC) chairman. The rise of cryptocurrency and blockchain tech has proved to the world that businesses cannot be run entirely by traditional methods. This is not to mean that the former FDIC chair endorses Bitcoin and other digital currencies. Her take on the platform is that is a catastrophic failure when it comes to being a functional global currency. She feels that Nakamoto, the creator behind Bitcoin, failed miserably on his quest. The idea, however, is ripe, and the Federal Bank could benefit hugely from the new direction in marketing trends. The current global market setting on currencies only favors the rich who are able to transact across global lines. The rich keep getting richer while the poor remain strained by their government instituted boundaries.

Bair also suggested that a coin, in this case, ‘FedCoin’, would be one of the best ways for the Federal Bank to take on a number of issues including current financial strains. The newfound coin would eliminate issues such as the need to use checking accounts, lower the cost of maintaining accounts, and enable transactions across platforms that are much cheaper for the users. Money transfer would be more reliable, safer, and more affordable. The coin could negate the use of materials and processes that cost the bank more money than necessary.

The US government has its own reservations when it comes to cryptocurrencies, embracing some of its technology, and shunning every use of the actual currencies like Bitcoin. Blockchain, though still young in its execution, is proving to be safer than any other government or private backed system. Bair’s ‘Fedcoin’ would do a splendid job in eliminating the protocols that the Federal Bank uses to keep money safe. It would also save money in the process.

However, she was quick to note that the move could have dire consequences if not well regulated. This crypto solution would affect banks that depend on client deposits to allow it to stay in business. The freedom would go to the users allowing them to transact without the need of the bank and controllers in the sector.

This power shift would need to have a breed of banks that run differently if they were to survive. Bair was also honest enough to note that new times are coming and maybe sooner then people expect. Banks will need to embrace this new technology. This will avoid the embarrassment of being caught by new and emerging technological trends.