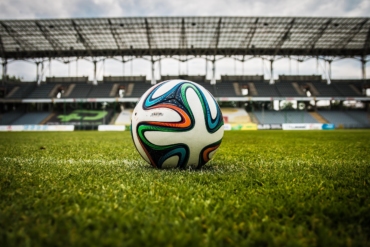 James Rodriguez, a Colombian football player, has revealed that he is launching his own digital currency. This comes in the build up to the World Cup which will be held in Russia starting next month. The star midfielder plays his club football for Real Madrid, though he is currently loaned to Bayern Munich. The virtual currency known as the JR10 Token will go on sale June 12th, making him the first active football player to launch one.

Rodriguez made the announcement through SelfSell, a partner firm, during BlockShow in Berlin. According to SelfSell founder, Yuan Li, the JR10 Token has already proved to be a success as it sold out in less than 13 seconds after becoming available Sunday.

During the last World Cup, Rodriguez won the Golden Boot award after scoring in all the games he played. Rodriguez became the first player to score over 5 goals in one World Cup tournament since Brazilian player Ronaldo in 2002.

According to Rodriguez, launching the virtual coin will assist him in building stronger relationships with his fans. Rodriguez’s fans will receive about 8% of the JR10 Tokens at no cost. This will total around 160 million tokens. Tokens owners will use them in exchanging merchandise, souvenirs and match tickets. A deal between Rodriguez and SelfSell was first inked early last week.

Former Real Madrid, Liverpool, and English national team player, Michael Owen, also announced in early May that he has launched his own virtual currency known as OWN. Owen made the announcement during a blockchain technology summit held in Dubai. At the time of the announcement, each of the coins cost $10.

The purpose of OWN coins is to allow fans to purchase Michael Owen’s merchandise directly from the ex-footballer. Fans will also use the coin during live streaming sessions and to purchase training videos. Since he quit active football at the age of 33, Owen has been running training schools spread across Asia.

Owen has also invested in the Global Crypto Offering Exchange (GCOX), a cryptocurrency exchange based in Singapore. The exchange intends to make money entirely from transaction fees. After raising funds from private investors, GCOX will also be launching an Initial Coin Offering in this year’s second quarter.