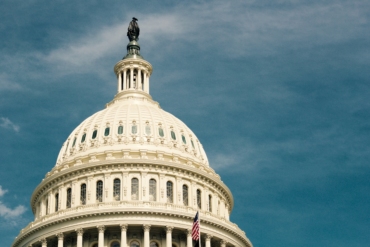 In June 2017, the U.S. government demanded that all federal workers make public their virtual currency holdings. Indications have emerged that many federal workers are declaring those holdings. Of course, political figures are no exception. In an August 14th, 2018 federal disclosure report, we learned that Hawaii Rep. Tulsi Gabbard made cryptocurrency history. She became the first political figure to make public her holdings of digital currency.

Details of the Cryptocurrency Holding

Apparently, Gabbard has a thing against Bitcoin (BTC) as she would rather settle for Ethereum (ETH) and Litecoin (LTC) instead. According to reports, she bought $277.243 USD worth of ETH as well as $56.9911 USD worth of LTC in December 2017. Reports also say she might have spent between $1,001 USD and $15,000 USD to acquire the coins. Without specifying the exact date she bought the virtual currencies, the size of cryptocurrency in her possession may vary significantly.

Recall that in December the two altcoins rose significantly following a corresponding rise of BTC price to an all-time high around $20,000. Data available on CoinMarketCap shows that the highs and lows of LTC and ETH at the time were $445/$88 USD and $815/$345 USD respectively.

The Male Politicians Have a Penchant for Bitcoin

While it appears that Gabbard didn’t purchase Bitcoin, other male political figures appear to have a penchant for the dominant cryptocurrency. According to Coin Dance, about eight politicians are known to accept BTC for their political campaign donations. Notable among them are Rand Paul and Jared Polis. The duo has earlier hit the headlines for openly calling for support of the digital currency. The U.S. Office of Government Ethics (OGE) in June 2018 declared that all federal workers must disclose their cryptocurrency holdings.

Details of the Press Release

On June 18th, 2018 a legal advisory’s statement posited that the virtual currency industry is witnessing a boom. Accordingly, it is normal that a federal employee may want to key into the growing industry. While others have already acquired the new asset class, others are seeking guidance before initiating such moves. Those who have it are increasingly approaching the OGE to seek guidance as to whether to declare their digital coins as holdings or not.

The statement continues, that as an investment asset, chances are it may cause a conflict of interest. Therefore, the policy requests of the federal employees to declare their holdings of virtual currency in order to avert a possible conflict of interest. Since the new rule came forth, many congressmen have declared their cryptocurrency holdings. For instance, Congressman Bob Goodlatte declared both his BTC and ETH holdings.