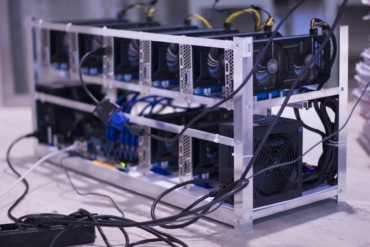 GameCredits recently announced the launch of its desktop mining application, GShare, that will allow the users to mine cryptocurrencies. The app is downloaded free on any PC, Mac, Linux and other operating systems. The GShare app enables gamers to utilize their powerful Graphics Processing Units (GPUs) to earn cryptos when the hardware is not in use. The application works by converting the earned cryptos for GameCredits, thereby allowing the user to continue purchasing various PC games.

According to Jack Kuveke, Director at GameCredits, the demand for GPUs has significantly increased recently since the inception of the crypto mining app, especially as more people indulge in the gaming industry. Though the GPUs are not powerful at mining, they are much better than the CPUs.

GameCredits is a global in-game token, created in 2016, using a secure blockchain technology to allow the game developers to participate in various games. while at the same time earning tokens. The firm has more than 300 games across the world. Most gamers have already purchased the powerful GPUs to fuel their gaming, while at the same time renting out their hardware to earn more GAME tokens.

The new GShare app doesn’t mine the GAME directly, but instead mines other digital currencies such as ZCash for GameCredits. The GameCredits are then used as rewards for the users with GAME token, hence earning more profit for the firm. Kuveke stated that though the company is focused on its GShare app for mining several digital tokens, its long-term strategy is basically to enable the users to earn a profit on the use of the GPU power that is mostly wasted when idle.

Though blockchain technology is widely associated with the financial industry, the global gaming market is rapidly growing and the industry is increasingly focusing on the blockchain innovation to make profit particularly from the booming cryptocurrency space.

Today, most people are considered to be playing video games more than ever and there is a high demand for games for both adults and children. Latest studies predict that mobile gaming will drastically grow for the next 20 years. particularly in new markets such as China and India.

Currently, the mobile game market is valued over $10 billion USD. Furthermore, game development will continue to evolve and cryptocurrency could be integral to the future of the gaming industry.