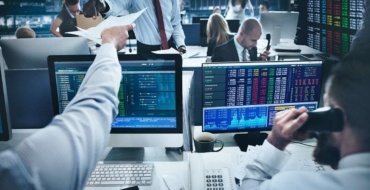 The Gemini cryptocurrency exchange which was founded by Tyler and Cameron Winklevoss has announced that it is taking extra measures to watch out for market manipulation. The exchange revealed that it is incorporating Nasdaq technology into its trading platform to monitor cryptocurrency trading.

The announcement is courtesy of a recent agreement through which Gemini will roll out the Nasdaq surveillance technology known as SMARTS. The latter will be used to boost oversight in its block trading feature which was introduced recently. Gemini stated in its announcement that the technology will allow the exchange to monitor all cryptocurrency pairs.

SMARTS will be used to keep track of real-time trading of Ethereum (ETH) and Bitcoin (BTC) on Gemini’s platform so that it can flag any unusual trading practices. The Nasdaq technology is used by many exchanges all over the world including the Hong Kong Exchanges and Clearing Ltd., and the Intercontinental Exchange (ICE).

Cameron Winklevoss, the president and co-founder of Gemini, stated that his company has decided to implement the technology in its platform to make sure that rules are observed. The company believes that the SMARTS technology is one of the most widely used surveillance systems in the world and that it will help to create and maintain a marketplace that is based on rules. The move also comes at a time when regulatory bodies have been placing more pressure on cryptocurrency exchanges.

Valerie Bannert-Thurner, the senior vice president of Nasdaq, stated that Gemini has upheld high standards when it comes to capital reserve requirements through regulation by the New York State Department of Financial Services (NYSDFS). Gemini is also one of the exchanges that were mentioned in the recent inquiry by New York Attorney General Eric Schniederman a few days ago. The company has been running its operations in New York without the state’s BitLicense requirement.

Governments have acknowledged that cryptocurrency is here to stay, and as such, they have been trying to come up with ways of installing regulations to protect investors and discourage illegal use. For example, cryptocurrencies can easily be used for illegal purchases, money laundering and funding criminal activity. Regulations have been quite tricky due to the decentralized nature of digital currencies. However, governments have been making progress by targeting exchanges. Many cryptocurrency exchanges all over the world have been working on making sure that they align with the regulatory requirements while also improving the user experience.