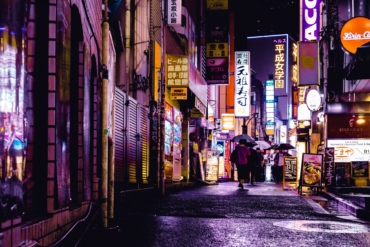 Japanese tech giant GMO announced the launching of a new internet bank that will utilize blockchain technology. Their goal is to offer customers cheaper and faster services. For the project, the tech company is partnering with the Aozora Bank Group. The GMO Aozora Net Bank is aiming to become the “number one technology bank.” It will take advantage of the Internet of Things (IoT), artificial intelligence, and also blockchain technology to serve its customers.

In a shareholders meeting, GMO Internet announced the July bank launch back in October of 2017. The name of Aozora Trust Bank will also change to GMO Aozora Net Bank.

GMO Internet invested in a number of cryptocurrency-related projects. In May of last year, the company announced the launch of a Bitcoin trading platform. Additionally, the announcement followed increasing interest in the demand of Bitcoin in the Japanese market and legislative changes that made its adoption attractive for investors.

The tech company also announced investing $3M in Bitcoin mining. Mining uses a large amount of energy resources, and to be a profitable process, the currency has to have a greater value than the mining cost send and energy costs.

In June, the tech giant launched an app, CryptoChips, to pay gamers with cryptocurrency. The players will receive Bitcoin according to their performance within the game. The first game on the platform, “Whimsical War,” will be launched next month. Players of the game will be able to form teams and fight tag team battles.

Last month, the company also unveiled B2, the first mining rig made completely in Japan. The rig uses 7 nm semiconductor chips, which gives it a performance advantage over products having thicker chips.