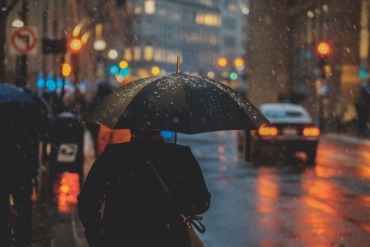 Bitcoin (BTC), as well as all the other digital currencies, went down hard yesterday after banking giant Goldman Sachs decided to stop its plans of opening a cryptocurrency trading desk. Goldman Sachs had announced in 2017 that it was planning to open a cryptocurrency trading desk. This was after reports had leaked that the bank had been looking into blockchain technology for years. The decision to stop the plans seems to have dealt a massive blow to the entire sector. This includes market-related businesses like Overstock.com which went down by 7%.

Despite client pressure, Goldman Sachs is said to have backed off because of cryptocurrency’s uncertain regulatory environment. The bank says that digital currencies cannot be predicted and are highly volatile. However, the bank’s officials assured that they were still investigating the cryptocurrency space.

Goldman Sachs is dominant in the United States; therefore, if it’s just about regulatory issues, then the bank could have a valid point. The Securities and Exchange Commission (SEC) in the US is yet to make a huge step in regulating the sector. The biggest step the agency has made is warning investors against the sector.

The bank’s withdrawal is now a big setback because many institutional investors would have trusted the bank more while joining the cryptocurrency sector. It’s good to understand that the digital currency market is grown through demand from investors. With Goldman Sachs being one of the largest banks in the world, its involvement in the sector would boost trade as well as investor confidence.

The Goldman’s decision has come as a double blow to Bitcoin investors since the SEC also rejected Bitcoin ETFs. Many analysts predicted that with Goldman Sachs opening a crypto trading desk, and ETFs approved by the SEC, then Bitcoin would easily hit $50,000 USD before the end of the year. Institutional investors have the power to control the demand, unlike retail investors who don’t have much ability to control the trends.

Bitcoin has seen a significant drop as the coin is currently trading at $6,400 USD. On the other hand, Ethereum (ETH) also went down and is currently trading at $228.68 USD. The third most famous digital currency, Ripple (XRP), also went down to trade at $0.29 USD. In total, Goldman’s withdrawal from cryptocurrency has cost the market more than $30B USD.