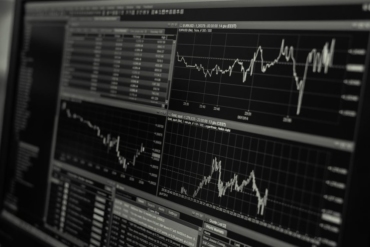 An analysis of Golem (GNT) by Cryptoinvest analysts reveals that it has started to consolidate in a second triangle pattern. This could suggest that a breakout might be imminent.

This comes after the previous breakout resulting in a bullish trend last month following Golem’s new Brass beta launch. Although the price of the cryptocurrency seems to be consolidating in a triangle pattern, there has been some price inconsistency. This has made it harder to tell whether the price will remain bullish or turn bearish.

Different outlooks are appearing. The first one involves two triangle patterns connecting and representing the price movement of GNT in 30-minute candles. This outlook suggests that the price will continue to be bullish because the first triangle falls directly on the support line trending upward. However, the price was characterized by a strong breakout after rallying before eventually forming the second triangle which appears to be adopting a descending pattern.

The pattern suggests that the bullish peaks are subject to selling pressure. However, this does not necessarily guarantee that a bearish trend will soon ensue, because sometimes the pattern eventually turns bullish based on market sentiment.

The second outlook involves a bullish price performance that connects to a dipping price movement. This is resulting in the formation of an uptrending line that is displaying lower lows. There is also a softer resisting downtrend line inside this price movement. Bullish pennant patterns tend to symbolize a stronger buy sentiment in the market as opposed to the pattern variation in the outlook. This means that there might be retracement, especially if the price gains by 32.56% in the Fibonacci levels from the base support.

The third outlook suggests that the price will most likely turn bearish as a result of the descending pattern. This has traditionally been the result of such price activity due to selling pressure.

Judging by the current performance of GNT, it’s clear that a bear market is highly probable. That being said, a strong uptrend that has dominated over the past month cannot be ignored. The project still has a lot to offer for the rest of 2018, especially since its Beta product launched.