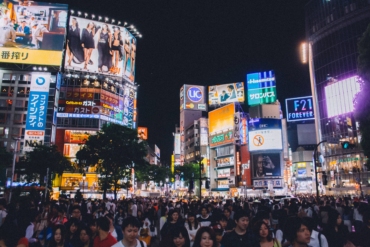 Cryptocurrency exchange, Huobi, notified its clients that it will be closing all accounts belonging to Japan residents. The exchange stated that the decision comes from continuous issues with Japanese laws. The exchange announced that it plans to remove the Japanese page from its main website before today, July 2nd . Even though there is not a published announcement on the exchange’s official page, there is an understanding that Huobi will make it official in the coming days.

In the past, Huobi stated that they deal with electronic assets through a telecommunication network and the internet, therefore, making it compliant with the laws of all countries when doing business. The company was established in Republic of Seychelles under all relevant laws.

Since January, the Japanese Financial Services Agency (FSA) has imposed new sanctions of digital currency exchanges. Many Japanese traders expressed their frustration with the agency citing that it’s only planning to slow the growth of the sector. They, however, still believe that the rules could be of benefit to the industry in the long run.

According to Mas Hihara, who is a Japanese blockchain technologist and an ICO adviser, “It’s really problematic that the FSA doesn’t give us the heads-up before announcing business improvement orders for instance that lead to a temporary halt of business. It messes up everything, suddenly.”

Despite Japan being the first country to accept Bitcoin and other exchanges, they are very careful and strict about trading. This comes after the hacking of one of their exchanges. The country is suspending exchanges which do not follow the set rules and regulations which govern the sector in Japan.

The Chinese government, despite banning virtual currencies, seems to have some interest in the cryptocurrency sector. Reports are indicating that Beijing is actually planning to invalidate the ban on cryptocurrency trading. Many county governments in China are setting aside funds for the exploration of blockchain technology, the underlying tech of cryptocurrencies.