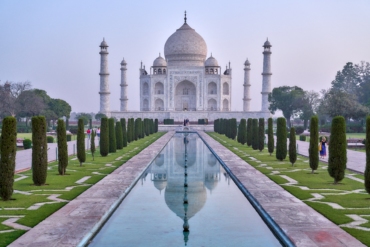 The Indian government, through its central bank – the Reserve Bank of India – has developed a new research unit targeting digital technology and especially Blockchain technology, artificial intelligence, and cryptocurrency. The new unit will be given authority to supervise all new technologies in the country. It has now been operational for a month. According to one source from the bank, “RBI is exploring emerging technologies. The bank must be very strict in regulating these technologies. The newly created unit is an experimental one and will evolve with time.”

The bank seems to be at ease with Bitcoin (BTC) and digital currencies. In the past, the RBI had warned people against trading in digital currencies. However, the bank has opted to regulate the sector instead of banning it. In April, the RBI had issued a note to all financial institutions warning them against providing services to companies and individuals associated with digital currencies. The ban saw a legal battle after several exchanges sued the RBI in the Supreme Court. Crypto traders were however relieved after senior government officials ruled out possibilities of banning the sector. Instead, they asked it to be classified as commodities.

The Future of a State Cryptocurrency

The RBI believes that blockchain technology has matured enough to support the digitization of the country’s fiat currency. The bank wants to have the Rupee bolstered by a digital currency. Other than the state cryptocurrency, the RBI is also working on its own blockchain platform. The platform will help commercial banking apps in the country. According to the RBI, it wants to use the blockchain platform to interlink all the banks in the country. This will help the RBI monitor banks in a more efficient manner.

Blockchain technology is becoming more popular day after day. Almost all financial institutions have task forces that are looking into the sector. The technology is hailed as the best invention since the invention of the Internet. This is because blockchain is fast, safe, and transparent. It’s almost impossible to hack this technology, making it ideal for sharing confidential information. Consequently, governments and companies have started using it in order to better their service delivery.