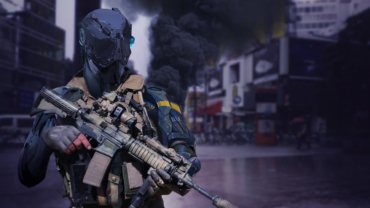 Stories of people losing personal funds through shoddy investments in the cryptocurrency sector are not new to India. However, it’s the way people are losing money that is triggering calls for government regulation instead of banning cryptocurrencies.

In the early days of stock trading, a good number of people lost money before authorities swung into action. When they did, they ormulated policies that clamping down on Ponzi schemes and scams. Regulation of the cryptocurrency sector appears to be way overdue. The industry continues to grow by the day despite a government ban being in place.

Government insistence that cryptocurrencies are not legal has not slowed people down. Investors continue to explore ways of generating income from the growing industry. Even with the ban in place, people are increasingly turning to exchanges to trade their favorite virtual currencies.

While some people have made money on trading cryptocurrencies, others have lost a fortune. Much of this has been due to the levels of volatility involved with such assets. However, the way in which others have lost money continues to arouse suggestions that the government needs to do more to ensure such incidences don’t occur in the future.

There have been reports of some scrupulous people forming fake companies and using them to sell valueless cryptocurrencies. Once the companies hit their target, they shut down operations and leaving investors worthless assets.

Such cases have been reported to the police, but given that the government has already issued a ban on crypto assets, little can be done to arrest the perpetrators or trigger investigations.

“People are trying to file complaints, but police are not seeing it as a crime. People, who have the source with the police,can only file an FIR (first information report). They (police) are not interested in solving these kinds of issues,” one person was heard complaining.

Cryptocurrency investments have become riskier in India. This comes in the wake of the de facto central bank issuing orders prohibiting financial institutions from offering support to such assets. The fact that businesses are cropping up in the underground world claiming to be offering cryptocurrency support services underscores the fact that the ban may not have the desired impact in the long run.

While the government has been clear about its ban on cryptocurrencies, it might be time to consider creating new regulations in the space. Coming up with ways to stop cryptocurrency Ponzi schemes and scams could fix the current mess.