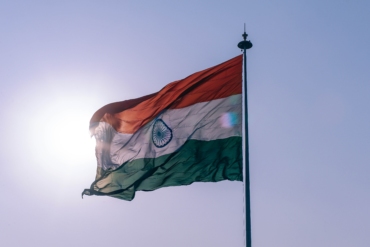 As the Indian Government is committing time and resources into stopping exit-scams, these efforts are yielding positive results. Before now, India and China were Asia’s dens of cryptocurrency scams. In recent times, India has become home to some of the most notorious cryptocurrency frauds in the crypto-sphere. A part of that sphere was CoinX, so keep reading if it sounds familiar.

However, the zero tolerance the two governments have for such crimes is reducing the spree. The latest in a series of Indian police raids has led to the arrest of the $1.43M USD exit-scam perpetrators.

Recently, the police raided an Indian real estate firm, GRM Estates Pvt. Ltd. The unplanned raid started when the police inadvertently ran into the CoinX Trading Office. Indeed, the office is in Hyderabad, and it turns out the kingpin had been fingered in a related crime. Gardas Ramesh, the creator of CoinX, and his cohorts, have managed to bring in over 1,200 investors. With that number of investors depositing in the MLM scheme, they have already gathered $1.43M USD.

No doubt, Ramesh’s journey to dupe novice investors started with a single step. It was precisely in 2016 when he engaged software development firm C.B. Online. The idea was to develop a site that looks like a legitimate website for doing business that promised high returns. Naively, the Mumbai-based SaaS firm gave him just what he wanted. With the defunct site going live, that was all Ramesh needed to defraud his countrymen.

Also, with high ROI (return on investment) on the table, novice investors always become irrational. True, that was what CoinX was offering. A business model that offers high returns plus 60% commission is worth giving a try. No investor would want to let it slip through his fingers. However, that was all Ramesh needed to make a killing.

CoinX Claims to Be US-based

However, the website was brought down on August 6th, 2018. Give it to Ramesh, he paid some investors just to lure many others in his Ponzi scheme. Additionally, Ramesh wasn’t the only person caught during the raid as four others were also nabbed.