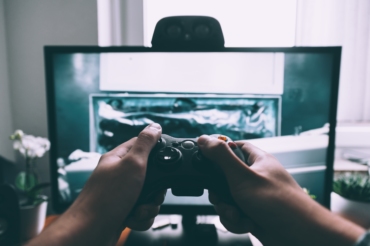 You are probably aware that gaming marketplace Steam has a parent company known as Valve. Well, Valve uncovered a nefarious indie game spreading cryptocurrency phishing malware to devices in the form of an interactive application.

Description Of The Game On Steam

The game, Abstractism, compelled users to give up computing resources to computer block validation on behalf of the hacker(s). The gamers began worrying before going ballistic upon realizing that in-game collectibles disappeared the second payments were made.  Cryptojacking was working perfectly for the hackers until a gamer made a video to boost awareness of the malware.

Released March 15th on Steam, Abstractism features a simple interface where gamers move blocks within a 2D space. It also features scintillating music playing in the background. Abstractism was the creation of game developer Okalo Union, a company that describes the harmful game as a trivial platformer. Additionally, dead.team is the game publisher. With the promise of digital collectibles, the developer asked gamers to leave it running in the background even if they were not playing it at the time.

After running for four months, YouTuber SidAlpha, moved by a victim’s ordeal, made a daring video. It is he explains how the game was a pure scam. The victim bought a golden rocket launcher worth $100 for Team Fortress 2 only to learn that the launcher was for Abstractism. Well, that was the straw that broke the camel’s back. Other weird functions moving SidAlpha to make the video were that the game consumes high RAM. This was odd as it has a simple functionality, circumvented antivirus, and triggers Windows Defender software. What other proof did SidAlpha need to know it was malware?

On July 23rd, dead.team released a statement denying that the game on Steam was malware. The publisher argued that Abstractism Launcher and its inventory services don’t mine Bitcoin, but that they are required to connect to Steam and grant items to user’s inventory respectively. However, Valve removed them seven days later.

Gamer SidAlpha said that Valve has no reasonable policy or regulations that guard its community against monetized third-party in-game content. This explains why scammers are feasting on the community. Although it cannot be ascertained how much cryptocurrency the developers behind the game made from the malware, data released by SteamSpy reveals that about 6,000 users have already downloaded Abstractism.  Since the advent of cryptocurrencies, scammers are always looking for smarter ways of defrauding people. Using games seems to be the latest trend they employ.