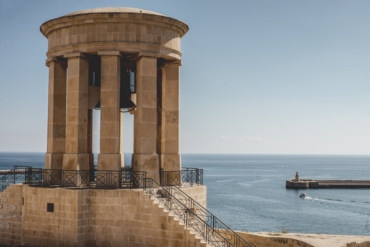 Tax havens such as Isle of Man, Malta, British Virgin Islands, Gibraltar, Cayman Islands, Mauritius, Curacao, Nevis, Liechtenstein, St. Kitts and Bermuda have emerged as favorite destinations for an Initial Coin Offering compared to other jurisdictions. This has seen these countries and territories feature in the top ten of Initial Coin Offering destinations for multiple reasons. Some of these include tax benefits, regulatory clarity and crypto-friendly laws they offer.

Among these destinations, the government of Malta is one of the most aggressive towards attracting firms in the blockchain sector. Recently, there was an issuance of three bills relating to digital currency. These include the Malta Digital Innovation Authority Act, Innovative Technology Arrangements and Services Act, and the Virtual Financial Assets Act.

The Maltese government took special care to avoid using the term “virtual currency” and is instead opting for virtual financial assets (VFA) “to avoid possible negative connotations.” Thus, in the bills and in the official communication, there is no mention of “Initial Coin Offerings,” but rather “Initial VFA offerings.” Instead of “cryptocurrency exchanges”, there is “VFA exchanges”. The expectation is parliament will debate these bills in the coming week. This places Malta on the path to becoming a pioneer worldwide regarding digital currency regulation. The government of Malta proudly markets the country as the “blockchain island.”

Earlier this month, Wall Street firm Morgan Stanley released a study based report. It read that despite most virtual currency exchanges being located in the U.K, majority volume flows through Malta. This realization comes from the fact that one of the largest digital currency exchanges in the world, Binance, has headquarters on the tiny European island. Binance announced it was moving to Malta from Asia to escape stringent regulation. Another major virtual currency exchange in Asia, OKex, also recently revealed that it was opening a Maltese office.

According to a Morgan Stanley analyst, Sheena Shah, regulatory certainty and attractive regulation are some of the factors that firms use to determine which country to set up base. These regulations, or set of laws, provide guidance on how companies handle taxes, anti-money laundering policies, customer assets and digital tokens.

As tax havens go, Switzerland is not being left behind. Marc Bernegger, adviser to Switzerland’s economics minister says, “Liechtenstein, Gibraltar, and Malta are doing a good job, but they’re latecomers when it comes to blockchain-related regulation. Switzerland is still ahead of the curve, and this is backed by hard numbers like money raised via ICOs.”