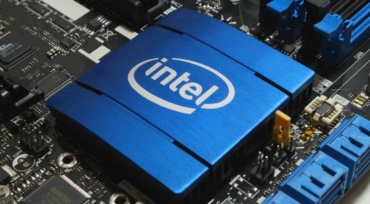 The U.S Patent and Trademark Office released Intel’s recent patent application revealing the tech giant’s plans for a bitcoin mining hardware accelerator. The latter will lower the power demand of the bitcoin mining hardware while also reducing the space that is utilized by the hardware. The patent was initially filed in September last year as part of Intel’s mission to solve one of the biggest challenges that miners face but the recent filing was made on Thursday.

The Bitcoin mining hardware accelerator will feature a Message Scheduler Datapath and an Optimized Message Digest that will be optimized so that they can provide extra time that will be used to scale the supply voltage or lower the switching capacitance. Intel expects its patented solution to provide up to 35 percent improvement in electricity consumption efficiency.

Intel believes that Bitcoin mining is currently the most popular type of cryptocurrency mining. However, the process of Bitcoin mining uses GPUs that consume a lot of electricity in order to solve the complex algorithms that are involved in the mining process. The high demand for electricity makes the process less efficient thus lowering the profitability of Bitcoin mining and also making it a very costly affair. Sometimes it even costs more to mine a bitcoin than the actual value of the mined coin. This usually happens when the markets are bearish.

The mining hardware accelerator will thus be a huge step forward for cryptocurrency miners, allowing them to enjoy more profits due to the lower electricity costs and demands. Intel points to convenience as one of the motives behind the mining hardware accelerator mentioned in the patent filing. However, the system mentioned in the patent may also be applied in other areas including FPGA platforms, SoCs, and processors.

The new patent does not mark the first time that Intel is venturing into the cryptocurrency market. The chip maker struck a partnership deal with PokitDok in May last year, through which they would work together to implement blockchain technology into the healthcare industry. PokitDok is a technology company that deals with software development and the provision of healthcare transaction services.

Intel also announced in September last year that it had engaged in a partnership with Chinese firm, Tencent. The two teamed up to create an Internet of Things solution for blockchain technology.