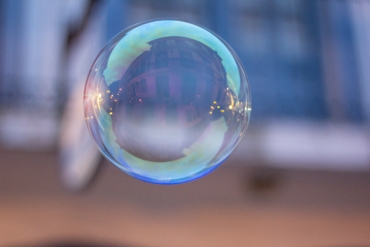 Iran has the world’s most expensive Bitcoin (BTC) core price. A combination of economic sanctions, high foreign currency demand, and an improved regulatory environment have sent the price of the leading digital currency skywards. Nonetheless, how high can BTC’s price go?

The price of BTC in Iran went up suddenly on Wednesday. This was after the government of President Hassan Rouhani endorsed plans to mainstream Bitcoin mining. The leading digital currency hit a world record of $24,000 USD on the Iranian exchange EXIR. Thus, it surpassed its previous high of $20,000 USD, as investors piled into the digital currency in search of a safe haven against the falling rial.

According to the Reuters report, the rial is trading at about 138,000 against the US dollar on the streets of Tehran, which is around 230% above the official rate of 42,000.

This past Tuesday, Iran stated that it will officially begin to acknowledge the mining of BTC and other cryptocurrencies as an industry within three weeks. Moreover, Abolhassan Firouzabadi, the Secretary of Iran’s Supreme Council of Cyberspace, said that the Central Bank of Iran, which overseas foreign exchange and monetary policy, is to draft a policy framework for the industry.

Talking to IBENA, a specialized news agency in banking and economy affiliated to the Central Bank of Iran, Firouzabadi mentioned that deepening the use of cryptocurrencies is envisioned in order to smooth the trade between Tehran and its partners, particularly in the wake of renewed US sanctions.

The Iranian BTC accurately mirrors the gap between the official exchange rate and the one on the street. This is an indication of the inflationary pressures building up on Iranian economy under US sanctions. At $24,000 USD, BTC in Iran is trading at a premium of around 240% to the global average. While at press time, Coinmarketcap[dot]com marked BTC at $6,400 USD.

As claimed by EXIR’s tweet, in the last three weeks, the price in the Islamic Republic has escalated about 40%. This showed a rise faster than the global average. The changes in BTC policy, together with the declining rial, and a political environment tied to economic speculations, have led to the spike in demand.

However, Iran isn’t the first country to try and use cryptocurrencies to lessen the effect of economic sanctions. Venezuela issued a digital currency of its own called the Petro in February, backed by Venezuelan oil reserves. Petro might have gotten into trouble; the latest reports from the media indicate that the currency has found no takers. It seems that the oil that was suppose to tether the coin to real value just isn’t there. The US responded to this by banning its citizens from investing in the Petro.