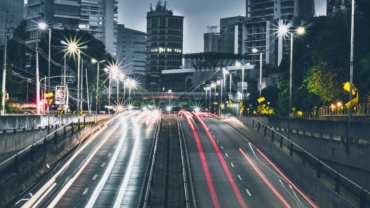 Known for his controversial remarks, predictions and campaigns, John McAfee is embarking on yet another ambitious project. The cryptocurrency enthusiast has announced plans to launch a fiat currency backed by crypto.

The antivirus software provider made the announcement in a tweet unleashing the McAfee coin.

“@SmartPayMINT sent this. What’s odd is that tomorrow night I am going to make an announcement of the new “McAfee Coin,” based on a radical new concept: Fiat currencies (collectible) backed by crypto – the reverse of what banks are attempting. Seriously,” he tweeted.

A fiat currency backed by crypto would operate like the gold standard of the last century. Most western countries allow complementary regional and alternative currencies to operate side by side official currencies. However, such alternatives don’t act as a legal tender.

Initial indications are that the fiat currency backed by crypto will be available within the next 26 days and will be printed on paper. The launch of McAfee coin comes at a time when people have been calling for a cryptocurrency backed by a fiat currency, as a way of holding of intrinsic value. Such a coin is expected to act as a decentralized alternative to the dollar, pound or euro.

It is still too early to tell how the new fiat currency coin will look like or whether it will ever come to fruition. There are already concerns which fiat currency will back the coin, and the mode of distribution. However, given that McAfee supports it, anything is possible.

Cryptocurrency analysts believe McAfee’s new push could have a positive impact on the broader cryptocurrency market. The businessman’s tweets are some of the most powerful in the industry. His endorsements on social network have allowed some ICO projects to raise millions of dollars.

Some currencies have seen their value more than double on the crypto enthusiast spreading the word on them. He boasts of about 800,000 Twitter followers, which means he is always a button away from reaching millions of cryptocurrency supporters worldwide. That said, he usually charges $105,000 per tweet to promote cryptocurrency projects.

McAfee was in the news last week when he called for a “Declaration of Currency Independence.” The declaration takes to task the way civilization has fallen under the influence of entities that continue to control value through currency.