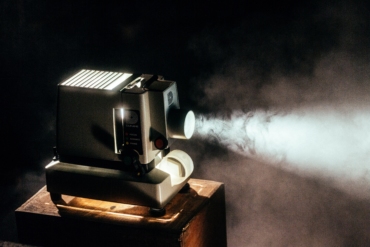 Some cryptocurrency critics have worries to keep them wide awake in the middle of the night, while others snore in deep, snuggly sleep. In a world where many anti-cryptocurrency critics are hell-bent on seeing digital assets banned from the internet (which is impossible anyway), portraying the life of a Ripple (XRP) millionaire in a new biopic has become instructive. Johnny Depp, the Hollywood heartthrob famous for playing the role of Captain Jack Sparrow in the Pirates of the Caribbean film franchise, needs no introduction in Hollywood as he potentially takes the lead role in a new movie.

Who Will He Play?

Depp would portray the life of Matthew Mellon, a business mogul who was born in the city of New York in January 1964. At the age of 21, he inherited the sum of $25 million. Mellon thought of lucrative investments he could invest in. In the end, he invested in a couple of ventures, but most remarkably was a $2 million investment in XRP.

Consequently, the price rose over time, making Mellon a billionaire. Later, he would obtain a $1 billion profit, which allowed him to automatically control about 30% of the entire cryptocurrency market. In reality, Mellon invested at the time when XRP experienced an unprecedented boom, making him an overnight billionaire.

While Mellon was living in the fast lane as a result of quick money, the tragedy of life came calling. One day, he broke down and was taken to the hospital. Later the doctor would diagnose him with bipolar disorder. He potentially developed the ailment from excessive drinking and doing drugs. As he started battling the disorder, he became a regular at his local infirmary. They would later refer him to a rehabilitation clinic as the condition worsened.

Mellon married twice. Tamara Mellon was his first wife. He later remarried to the daughter of Robert F. Kennedy, Jr. His second wife shared every moment of grief in his last days, until his April 16th demise in Cancun, Mexico. He had to travel to Mexico in search of a cure for his ailment and died in his hotel room after consuming a large dosage of Ayahuasca, an indigenous drug believed to have some religious connections with the people.

Is There Confirmation Depp Will Play The Role?

Not exactly, but according to Page Six, Depp confirmed to them in an exclusive interview that he would love to play the role of Mellon in a thrilling movie that tells his life story.

Although his family has yet to respond to such rumors, Mellon was once quoted as saying that his biopic would be so interesting and engaging. If the film finally becomes a reality, it will promote XRP and its community.