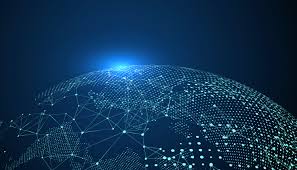 During the trial, the first initiative was taken by the National Bank of Canada $150 million offering a one-year floating-rate Yankee certification of deposit. The senior vice president of blockchain at NTIOF, Daving Furlong said that blockchain technology can bring a major change in the field of financial services. The Quorum blockchain of JPM states that this debt-issuance platform was under development for the last year.

According to a spokesperson for JPM, Quorum has become an extensively successful enterprise platform that can serve beyond normal financial services and the partners are extremely excited about its potential. Somehow, this statement seems to be proved correct with the head of blockchain initiatives for JPM’s corporate and investment arm. Umar Farooq, Head of Blockchain Initiatives, stated that they are already having financial institutions showing interest in this project.

According to Farooq, the discussions are still in early stages and that the bank wants to empower its team further with better technical manpower and is planning to add more engineers to its team.

In 2016, JPM launched an open-source platform of Quorum blockchain which was built as a permissioned ethereum version which received the integrated zero-knowledge security layer (ZSL) in October 2017 from Zcash, a privately-focused public blockchain. Through this particular technology, you can obscure all the identifiable information related to particular transactions, however can still audit those transactions.

JPM May Have To Pay $90 Million In Reduced Lawsuit Judgment

Good times are ahead for JPM who initially faced a jury verdict of $8 billion in punitive damages. That amount may now be reduced to not more than $90 million. According to court filings, the jury in Dallas awarded excessive punitive and duplicate actual damages to the widow of American Airlines Executive Max Hopper and his adult children. Irelsie Alvarez, along with her fellow jurors, intended to deliver a strong message with the $8 billion verdict in the Dallas probate case. During the trial, it was established that the bank mismanaged the $19 million estate of Hopper who died in 2010. Alvarez said that the ninth-largest jury award in the history of the U.S. was slammed on JPM to ensure that such things do not happen again.

The jury award will be revisited soon by the judge since the family of Hopper has conceded that it is legally indefensible.