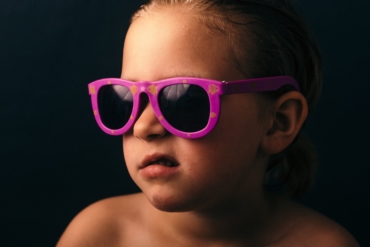 Earlier this month, JustForex finally decided to listen to customer wishes and introduce Bitcoin Cash (BCH) as a new payment method on its website. This decision was not only reached because of their customers’ requests, but also after their team took a thorough view of the current market trends. Right now, the service is up and running on their web platform and efficiently serving its partners and traders. New clients are not excluded as the service is available to them as well.

Bitcoin Cash is among the top cryptocurrencies that have been gaining ground at a rapid pace. Better still, it has also proved its worth in the financial market. Currently, there are far more transactions of cryptocurrencies among individuals, entrepreneurs, investors, tech companies and financial institutions. This propelled JustForex to have Bitcoin Cash in their system in order to ease their customers’ conversion process. This accomplishment came by neither wasting time or money during the transactions. As if that was not enough, they also ensured that, at 0% commission, the transactions are done instantly.

JustForex is a retail Forex broker that provides access to foreign exchanges, and one that offers a great trading environment. Although, at this time it doesn’t provide service for U.S. residents. Moreover, people prefer trading with JustForex because of its low commissions, fast withdrawal of funds, and minimal spreads. Those residing in Thailand and Vietnam have something to smile about. JustForex has brought an option of making deposits and withdrawals via local banks in both countries.

As of today, Bitcoin Cash trades at $523.44 USD and 0.08147642 BTC. However, after the recent review of payments received by the world’s 17 largest crypto exchanges, Bitcoin Cash usage in commerce has decreased. This was after Chainanalysis, a blockchain analytic firm, reported its finding to Bloomberg. When Bloomberg got on a phone interview with the senior economist at Chainanalysis, Kim Grauer, she stated, “There are fewer users of Bitcoin Cash, fewer holders.”

We all know that the cryptocurrency world is unpredictable and volatile. Just like any other business ecosystem. JustForex took the risk like an ambitious venture should. When all is said and done, it seems that the risky move wasn’t a failure after all. JustForex can see the trend picking up and this might end up being their next big project. Bitcoin Cash is evidently the altcoin that might still exist after waves of extinction and consolidation of the crypto market. It’s definitely a cryptocurrency to be on the lookout for, and even worth potentially investing in before it rises.