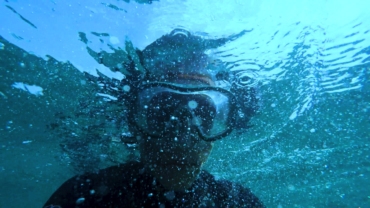 The police in South Korea launched investigations into an ICO claiming to sell shipwreck treasures to interested people. The Shinil Group claims to have inadvertently discovered the shipwreck from a USSR ship that sank in the early 90’s. The police are worried the issuer may be lying to the general public. This comes from the issuer contradicting themselves in public, the local media reports.

Last month, the Shinil Group announced finding the wreck of the USSR Navy warship, Dmitrii Donskoi. The ship sunk in 1905. The company disclosed that the shipwreck might contain $134 billion worth of gold in it. Though, in a press conference on July 26th, the company made a U-turn and reduced the claim to $8.6 billion. That raised suspicion that there may be something fishy about the project. Regardless of the concerns raised by the general public, the Shinil Group declared their token, Shinil Gold Coin, with discovered ship gold-backing.

Details Of The Shipwreck ICO

Ever since the start of the ICO rounds, the ICO attracted 60 billion won ($53 million) in investments. This total comes from of over 100,000 investors keying in to have a bit of their gold-backed tokens. The Shinil Group also launched their exchange, Donskoi International Exchange, following the discovery of the shipwreck.

Seoul’s Gangseo District Police are worried that the venture could be a potential exit-scam and have further issued a travel ban to Choi Yong-seok, the CEO of Shinil Group. Although the details of the investigations are still sketchy at the time of writing, local media reports say that the CEO Choi admitted himself that there is no empirical evidence to prove that the ship contains something of value, prompting the Korean authorities to swing into action. Industry experts say that the business model of the ICO looks like a typical pyramid scheme. Despite lack of evidence to support their claims, the shipwreck ICO continues to attract sums from interested investors.

Initial Coin Offering (ICO) has become one of the easiest ways of duping unsuspecting investors who are lured into it with promises of high returns and other too-good-to-be-true benefits. Just like other Asian countries where ICO frauds have become commonplace, South Korea has also had its fair share of these frauds.