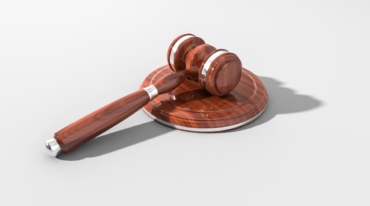 Guess what, the first claimant who filed a lawsuit against Ripple (XRP) and CEO Brad Garlinghouse has reportedly dropped the case. Indeed, Ripple is a survivor even though they still have two more lawsuits to worry about. Not to mention that enthusiasts await the U.S. investment watchdog, the SEC, to release a statement on an ongoing Ripple debate. It will judge on whether Ripple falls within the purview of what the agency defines as securities.

Why Did the Plaintiff Drop the Case?

The plaintiff, Ryan Coffery, withdrew the lawsuit against Ripple Labs on Wednesday, August 22nd, 2018. The U.S. District Court of California was ready to hear the case before Coffery made a U-turn. When journalists approached him to offer his explanation for dropping it, Coffery offered no apparent reason. The decision to drop the case comes days after the court had started hearing the matter. On August 10th 2018, the court ruled on the case.

In May, Coffery filed a motion in court against the defendant, CEO of Ripple, Brad Garlinghouse. In the court document, he made many claims, including XRP running a never-ending ICO. He also alleged that the XRP tokens were fully generated even before distribution of the tokens started. In addition to those, Coffery argued that the Ripple Labs is only interested in creating and promoting the tokens instead of developing the network. As a result, this case has generated a lot of interest in the crypto world.

The complainant says that he deserves some compensation from Ripple Labs for certain reasons. He cited losses faced in investment in XRP, as well as the associated damages. Represented by Rosen Law Firm, Coffery demanded that the California Corporation Code regulate XRP.

On August 1st 2018, the complainant filed a remand on the accused. While James Taylor-Copeland represented the plaintiff, Peter Morrison defended Ripple Labs. Surprisingly, the ruling of the court went in the favor of the defendant. In the end, the court issues a statement, saying that the defendant has requested termination of further proceedings. Just like Coffery, the court refused to state why the case was dismissed.

What It Means for Ripple

This simply means that the Ripple Labs has cleared the first lawsuit filed against it in the U.S. Earlier, the court refused the plaintiff’s, “Motion to Remand.” This happened on August 10th, 2018. With that, Ripple was on the verge of winning the case. Perhaps Coffery knew the case was already lost which was why he withdrew it.