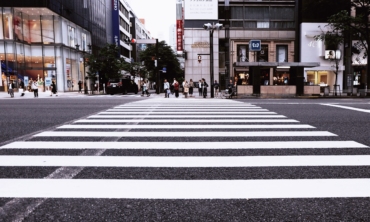 Mark Karpeles, the former chief of Mt. Gox, Japan’s one-time biggest cryptocurrency exchange firm, is standing trial for a number of charges, chiefly misappropriation of funds and the loss of millions of dollars. Already, the former head of Mt. Gox has pleaded not guilty to all the charges leveled against him.

It’s almost half a decade since Mt. Gox declared bankruptcy and closed shop. Prior to shutting down, the cryptocurrency exchange handled over 80% of the world’s Bitcoin trades. Furthermore, this cryptocurrency exchange had to shut down following its loss of nearly 850,000 bitcoins valued at $470M. In addition to the loss incurred, Mt. Gox also parted with about $28M in cash. So far, the Japan-based firm has blamed its woes on the activities of hackers and a software security error – claims that its customers took with a pinch of salt.

Breakdown Of The Lawsuit

Arraigned at a District Court in Tokyo, Mr. Karpeles has been accused of financial record manipulation and funds misappropriation. In precise terms: he is accused of illegally bypassing the firewalls of the exchange to access its database, thus altering his account as well as transferring some funds from the firm’s account to a wallet which is believed to be his.

The many accusations that have been brought against Mark Karpeles led to his arrest in 2015. Although Mark Karpeles is firmly believed to be responsible for the loss of millions of dollars maintained by the Tokyo-based firm, he has not only pleaded not guilty to the charges, but he has even sworn to be innocent before the-three-judge panel entertaining the litigation. If he is found guilty, Mr. Karpeles may have to face a potential 5 year prison term or settle for an option of a $4,000 fine.

What Investors Require Of The Accused

The fact that Mt. Gox was one of Japan’s biggest cryptocurrency exchange firms at the time means a whole lot of cryptocurrency traders and investors were shattered by the cyber incursion. As it stands, these customers just seek an explanation for the embezzlement that Mr. Karpeles allegedly supervised, and they also believe that this case will compel him to spill the beans.

Mt. Gox Is Not Isolated In This Ugly Occurrence

Putting this whole drama into perspective, you will have a big picture of the enormous impact it has on the industry. Sure, this incident is a big blow to the entire cryptocurrency world as it brings into the spotlight the many risks associated with cryptocurrency transactions – risks that
often discourage investors from giving crypto-asset investment a shot.