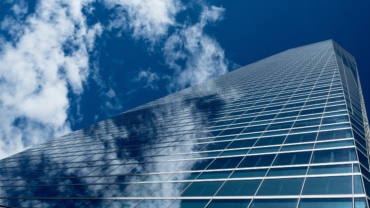 Dorsey was speaking during the Consensus blockchain conference held Wednesday when he revealed that Walmart and McDonalds are the top merchants taking advantage of Square’s Cash app. He also revealed in his statement that it was not one of the company’s main goals initially, but the firm is currently thinking of paying more attention to it.

The Cash app mainly targets unbanked and underbanked clients. According to a survey carried out in 2015 by the Federal Deposit Insurance Corporation, roughly 35 million households in the U.S do not have bank accounts. The survey stated that most of those households have been getting financial services without going through the traditional banking system. A report by Square in December 2017 revealed that the Cash app had more than 7 million active users.

Dorsey stated that he was pleased by the growing user loyalty on the app based on their spending habits. Other than Walmart and McDonald’s, some other popular merchants include Uber and Lyft. The Square CEO also pointed to spending patterns signify many people are using the app as their primary banking feature. Furthermore, it has even become the only banking solution for some.

Dorsey is one of the big names in social media, but he has been gaining popularity in the blockchain industry through Square. This is because Square has fully embraced Bitcoin (BTC). Earlier this year, it launched a feature that allows users to buy or sell Bitcoin through the app. However, Dorsey stated during the blockchain conference that trading the cryptocurrency was not the company’s main agenda.

The Twitter CEO also revealed he is pro-Bitcoin and believes it’s the ideal cryptocurrency for the internet’s future. Though, his sentiments are not about replacing fiat currencies. Instead he hopes for a digital alternative through which users can make regular purchases. Dorsey also points out the usefulness of Bitcoin instantly being converted into dollars. This was more or less what Square had in mind, but the original plans changed when they developed the technology. Dorsey stated that the buying and selling interface which was present at the time was not simple enough.