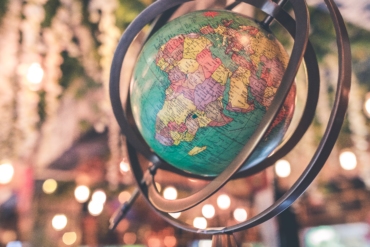 Lookout Bitcoin (BTC)! There’s a new cryptocurrency on the block called mCoin and its developers aim to target more than 3 billion people.

ONEm is the company that recently launched mCoin. It was introduced as the first cryptocurrency that works on a virtual SMS wallet, whether there is internet or not. An airpdrop distributed roughly 15 million mCoins to 30,000 people from 150 countries. However, ONEm claims its new token will target a global audience and hopes to encourage participation from billions of people.

ONEm has kicked off the project in Africa because it believes the continent is the ideal place. There reasoning comes from the continents since large population and their difficulty to access the internet. ONEm CEO, Christopher Richardson, stated that the company aims to use its innovative solutions to help facilitate financial transactions through the use of mobile phones. The company plans to team up with different African governments on the continents to make sure that its platform receives adequate support.

Bitcoin and altcoins leverage internet operated blockchain technology. However, mCoin takes a different approach that does not require internet for it to work. Instead, the platform uses the mCoin Virtual Wallet which is based on the SMS interface. ONEm has already integrated the cryptocurrency with ONEm Mining, an interesting take on cryptocurrency mining.

The fact that the mCoin cryptocurrency is based on an SMS platform, rather than being based on the internet, means users will be able to access it with ease through the Virtual Wallet. This also means that the cryptocurrency will be accessible and usable even in remote areas that do not have any internet access. People will only need a mobile phone and it won’t be necessary for it to be a smartphone. Billions of people will be able to access the cryptocurrency which they can then use to carry out instantaneous transactions.