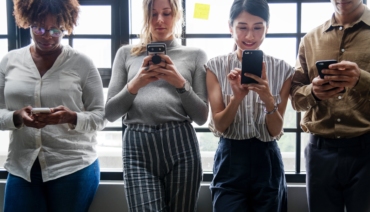 When developers of messaging app Kik rolled out its cryptocurrency, Kin, last year, it was glaringly obvious their desire to set themselves apart from competitors. One year later, the app is now attracting huge interests from corporations worldwide. Kik, famous for providing an ad-free messaging service, became a success after raising $100 million through an ICO in 2017. The token rewards users for their involvement in activities, such as watching interactive videos or participating in quizzes and surveys.

Companies Are Experimenting With Kik

Well, this brings us to the critical role it is playing in many companies today. Energy drinks maker Red Bull, and lead glass manufacturer Swarovski, are reportedly experimenting with Kik so to give their various fans free tokens for answering survey questionnaires.

Apart from those two companies, a growing number of companies are indicating interests in Kik’s Android version, which launched last month. With the app, users can earn Kin by engaging with many different brands in quizzes and surveys. The inbuilt wallet allows them to spend Kin as well.

How Companies Are Embracing The App

While competitors have also tokenized their messaging apps, Kik is unique for a number of reasons. For enabling faster interactions, the company moved the app from scalability-plagued Ethereum to the Stellar network back in March.

Kik has also expended at least $3 million to engage exceptional programmers to enhance the token through the Kin Ecosystem. By developing the app, it is believed that more people will join the network.

Also, more and more companies are turning to app in order to encourage user interaction. Take, for instance, an Austrian company Swelly. They use Kik to gather opinion polls for many different brands.

From the foregoing, the company app developed to help in making cryptos to be consumer-friendly through engagement is achieving its objective, which explains why more companies are embracing and using it to meet their business needs.

What Does The Future Hold?

There’s no doubt at all that the Kik team sees a bright future for the app and Kin tokens, but there are questions about its future viability. Some users are unsure of the existing rewards system that makes it appealingly lucrative for the users of the app. Also, many others are worried sick that brands are unwilling to give a reasonable amount of Kin rewards.