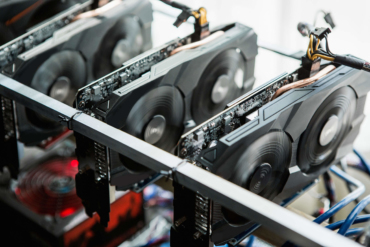 The rise of the cryptocurrency market has propounded an increasingly abundant pool of money-making opportunities. The most common way to make money in the cryptocurrency markets is through normal, every day trading – the more traditional “buy low, sell high” strategy — the second and increasingly popular option is through mining mechanism.The latter may be the best option according to a new study by the University of California, in San Diego.

The recent study suggests that anyone looking to make money from the cryptocurrency market and specifically from altcoins is better off pursuing altcoin mining that merely speculating. The study suggests that mining will be more profitable under specific conditions. The results of the study which was carried out by researchers from the University of California, in San Diego were published in a book called “Estimating Profitability of Alternative Cryptocurrencies.” The book was recently showcased at the Financial Crypto 2018 conference which was held a few weeks ago.

With Bitcoin becoming more difficult to mine, cryptocurrency miners are seeking altcoins that will offer the best mining returns.  Unfortunately, this is not an easy task considering that there is an ocean of cryptocurrencies, making it more difficult to determine which is the most ideal. However, the researchers revealed that they came to the conclusion after observing various parameters such as strategies used, and time of entry into the market among others. They claim that according to the findings, a miner who jumped on board immediately after the launch of a cryptocurrency benefits more than the one who joins later.

The research study also pointed out that market volatility provides more returns to miners and also for speculators. However, it is obvious that it is easier for miners because they are guaranteed to make money as long as they have invested in the right mining hardware whether the price of the asset being mined goes up or down. However, the same cannot be said for speculators because the price can go against them. The study claims that mining brings in a profit of 7 percent to 18 percent on a daily basis while speculative trading demonstrated negative returns at times.

Despite the report about mining being the best path when investing in altcoins, it is also important to consider that mining GPUs are quite expensive and thus not within the reach of everyone. They also consume a lot of electricity, thus minimizing the profitability. However, tech companies that make the hardware have been working on making improvements aimed at making cryptocurrency mining more efficient.