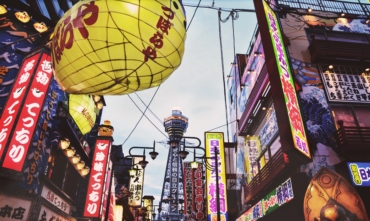 Japanese cryptocurrency, Monacoin (MONA), suffered a unique type of attack, between May 13th and May 15th. According to reports, the attack was in the pipeline for nearly six months. The cryptocurrency reportedly suffered a selfish mining attack, leading to a loss of $90,000.

While Monacoin acknowledged the attack, it is yet to provide detailed information of how it happened or what it is planning to do to prevent similar incidences in future.

A selfish mining attack is not new in the cryptocurrency sector. Hackers are constantly looking for loopholes to steal tokens. The attack involves a person mining one block on a blockchain and then failing to broadcast it to other nodes on the chain. In this case, he or she keeps the block hidden from the blockchain network.

The purpose of hiding the first block is to mine a second block and create a chain larger than the chain of other nodes involved in the network. Given that the largest chain in any blockchain is usually considered valid in most protocol, an attacker can go on to use his chain to invalidate other chains in the network.

The attack raises serious questions as to the level of security in Monacoin’s blockchain network. The attacker controlled as much as 57% of the coin’s hashing power. What this means is that the cryptocurrency suffered a 51% attack.

Another red flag has to do with Monacoin taking 6 months to detect the attack. The attacker reportedly exploited the vulnerability in the coin’s adjustment mechanism for the last six months.

It is common practice for cryptocurrencies to adjust their difficulty level of mining from time to time in a bid to prevent such attacks. However, in the case of Monacoin, that was not the case. Tailoring specific adjustments ensures the mining of one block is neither too difficult, nor too easy.

Monacoin has already started to suffer the consequences of failing to protect its blockchain network. A number of exchanges have halted deposits of Monacoin. Consequently, the token’s value is dropping.