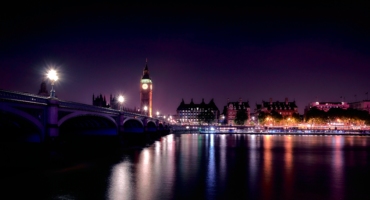 There is talk that digital currencies should not receive halal consideration in Islam. However, with digital currencies becoming popular every day, that notion is fast changing. A mosque in the United Kingdom is deciding to lead the way by accepting Bitcoin and Ethereum donations. So far, the move is paying off for the mosque after receiving 14,000 GBP within a short period of time.

The place of worship located in the East London decided to start accepting crypto donations in March this year. At first, people thought it was a joke, especially because of the halal talk about Bitcoin and other digital currencies because of their speculative nature. However, the decision is working well for the mosque as it is receiving 4 times more than its traditional donations.

This overwhelming support took everyone by surprise since receiving digital currencies was not an expectation. The mosque will continue allowing donations in both Bitcoin and Ethereum. According to Erkin Guney, the chairman of the mosque, “Many people at the mosque were initially skeptical about us accepting this new money, but the fact we received four times more in cryptocurrency donations shows how important it is to be open to these new digital currencies.”

He followed by saying, “When the donations started to flow in, we were blown away. We received four times more in cryptocurrency donations than in cash from our local worshipers during Ramadan, and we are still receiving cryptocurrency Sadaqah [donations]. It is amazing!”

The donations were initially for the Ramadan season, but they are still flowing in. The leaders of the mosque say that the digital currencies are halal because the donations will repair the mosque and help poor Muslim families.

This move is setting an intriguing precedence because of previous skepticism towards digital currencies. Bitcoin and other digital currencies may be moving at a slow pace, but there are making their mark worldwide. The market, which started about 9 years ago, is becoming more popular every day. Last year was particularly massive for Bitcoin moving to its all-time high. Recently, the market has, however, been having its ups and downs. Crypto growth is affected by continuous attacks by hackers. In 2018 alone, there are crypto market losses close to $1 billion to hackers.