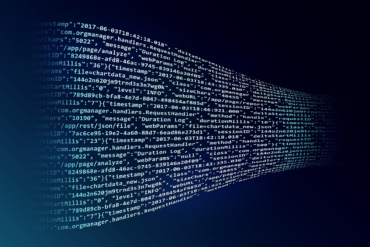 The National Aeronautics and Space Administration (NASA) has initiated a research program in collaboration with the Researcher at the University of Akron (UA) through which they will be trying to find out whether it is possible to leverage Ethereum Blockchain technology to automate maneuvering of spacecraft. The aim is to cut down the space debris and increase space communications and navigation.

A statement with this regard was recently released by the university that also said that Dr. Jin Wei Kocsis will be heading the program. NASA has already granted the assistant professor of electrical and computer engineering a three-year $333,000 Early Career Faculty grant to conduct and lead the “Resilient Networking and Computing Paradigm (RNCP)” program.

According to Dr. Kocsis, the project will exploit the Ethereum blockchain technology for developing decentralized, secure and cognitive networking and computing infrastructure for deep space exploration. The project will also explore the possibilities for improving the resilience of the infrastructure used in the process. The project head hopes to come up with a technological solution that can identify the environmental threats and avoid them as much possible through automatic responses.

The project is a result of a lot of thinking on the part of NASA that has been trying to find a permanent solution for tackling the issue of space debris. It is a big problem not only for the spacecrafts but also for those of us living on the Earth as many meteors pass dangerously close to our planet and many times we cannot even track them.

NASA is keen to find a perfect solution that will protect life on earth from stray space objects. The object is not only to protect earth but also to keep the spacecrafts free from damage. And the topmost research organization believes that Ethereum blockchain technology will help it develop a solution that will allow the automatic maneuvering of the spaceships thereby cutting down any chances of possible human errors. The new solution is expected to send responses at a lightning speed when confronted with space debris thereby reducing any chances of damage to spacecraft and life.

NASA is eager to ensure that the spacecrafts it sends reach their desired destinations and their journeys are not hampered by the space debris. And it is exactly the solution Dr. Kocsis is planning to develop a cognitive architecture that will use Ethereum blockchain technology to make the spacecraft independent, responsive and self-reliant. The new technology will ensure that the spacecraft is not at all reliant on the scientists on Earth and is able to tackle the external threats in the space themselves.