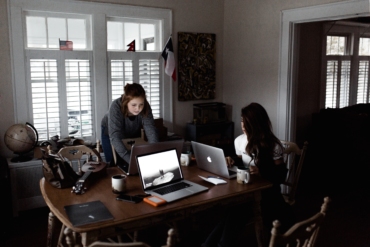 Kendrick Nguyen, CEO of Republic, a crowdfunding platform, spoke exclusively to Coindesk saying, “Essentially it’s us going IPO without doing IPO. We will be doing a combination of Reg D, Reg S and Reg A+ to make sure our tokens are widely available, irrespective of income or net worth in the U.S. and beyond. There’s no reason why you have got to be a millionaire to participate in startup investing. Anyone anywhere can and should invest in startups.”

Easy for Kendrick to say, after raising $12 million (led by NEO and Binance) in commitments for a token presale. Republic’s platform appears to be increasing in popularity. Now with the prevalence of equity crowdfunding for non-accredited investors, consumers are at extreme risk for being sucked into potentially dangerous investments. It’s been long known that over 80% of startups eventually fail. According to an article on Forbes written by Neil Patel, a famous SEO and internet marketing expert, the number is actually more like 9 in 10.

As Neil quotes a leader from a major startup failure:

“A good product idea and a strong technical team are not a guarantee of a successful business. One should not ignore the business process and issues of a company because it is not their job. It can eventually deprive them from any future in that company.”

Roughly 2 years ago, the SEC enacted Title III, allowing the majority of the US population to invest in startups. Laws within the US previously disallowed unaccredited investors to invest in privately owned companies in exchange for equity.

Ella Zhang, the head of Binance Labs mentioned that Republic, as a platform, can bring new opportunities. Among these new alternatives would be investments, especially when it comes to reaching retail investors. Additionally, as written by crypto publication, Global Coin Report, “They will have the ability to join in funding and creating brand new startups.”