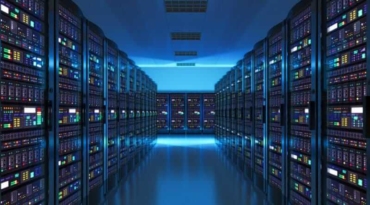 The New York Attorney General’s office has announced that it has started an investigation into a number of bitcoin exchanges. Eric Schneiderman says that the inquiry will involve thirteen leading exchanges including Bitfinex, Gemini Trust and Coinbase. The inquiry will seek to acquire information on the operations of the exchanges as well as the measures they have put in place to protect their customers.  The inquiry, dubbed “Virtual Markets Integrity Initiative,” will seek to establish the policies and practices of the exchanges. This is according to a press release made on April 17.

The attorney general claims that in many cases, customers don’t have the knowledge and facts which they need to assess the integrity, fairness and security of the trading platforms before completing business transactions with them. His office has since sent a questionnaire to the exchanges asking for information in regards to their ownership and control as well as the working of their transaction fees and basic operations. The questionnaire is also seeking specific information on the grounds and reasons that can allow the exchanges to delay orders or suspend trading.

Some of the information that the attorney general is seeking includes the legal and ownership structures of the exchanges themselves or their patent companies, their operations including any fees involved, their trading procedures and policies among other issues.

This move is seen as an effort to root out rogue crypto dealers and protect users and investors. It is meant to increase transparency in how these platforms operate. In general, much of the focus and debate of cryptocurrency industry has been in regards to regulation and users’ security.

This inquiry will seek to put more transparency on how the platforms deal will attempts of market manipulation as well as suspicious trading. The exchanges will also give information on how they deal with fraud, theft and bots. Many of the exchanges that the attorney general is targeting maintain their headquarters outside the United States. This includes Huobi, which is based in Beijing. However, the attorney general has jurisdiction over foreign businesses that have operations in New York.

As the use and investment into cryptocurrencies increases, exchanges are becoming increasingly vulnerable to robberies, glitches and many other vises. Earlier this year, users of Coinbase reported that they were being double charged for all transactions and their accounts were being drained. Prior to that, Japanese based Mt. Gox reported its accounts were slowly being drained by a hacker. Consequently, the exchange became bankrupt in February 2014.