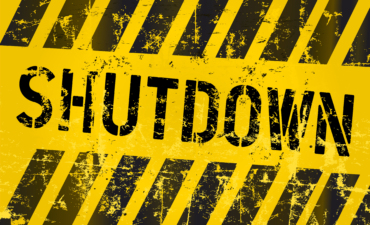 North Carolina has taken an aggressive stance against a cryptocurrency mining company for selling securities. The state has issued a cease and desist order barring Power Mining Pool (PMP) from conducting its activities after it allegedly violated a Securities Act.

The cease and desist order was issued after the Securities Division in the state discovered that PMP had been violating the Securities act by providing unregistered securities through mining pools. The cryptocurrency mining firm has also been accused of offering securities prior to being registered and also for making material statements while offering those securities.

The order not only requires PMP to halt its activities but it also includes any securities selling activities that are conducted by employees, directors, or independent conductors. Additionally, they have been warned not to be involved in any fraudulent activities that may include the sale of securities and any other infractions against state rules.

The cease and desist order comes after a previous temporary cease order that was issued on March 2nd. So far, the new order has not provoked any response from the company or resulted in a request. The only noteworthy change was the company’s decision to pull down the website on March 6th.

North Carolina pinpointed PMP as one of the online businesses that are not registered in any jurisdiction and without any physical business premises. The company markets itself as a firm that owns various cryptocurrency mining rigs and mines seven different cryptocurrencies on a daily basis. The firm also claims that its digital currency miners monitor the profitability levels of each of the seven cryptocurrencies and this allows it to switch between the ones that are not profitable.

The company also gives mining pool shares to its investors so that they can mine on behalf of the company. North Carolina’s problem with PMP is not about cryptocurrency mining, but about the issuance of cryptocurrency mining shares in the same manner that securities are issued. Additionally, the process is unregulated, thus putting investors at a higher risk of loss. Authorities in the state have expressed concerns about the company’s failure to disclose information regarding its mining pool shares that it has been offering.

North Carolina’s state secretary stated that PMP has not registered its securities and pool shares with the Administrator and has failed to reveal vital material facts that could potentially have a negative impact on the traders as far as legal matters are concerned.