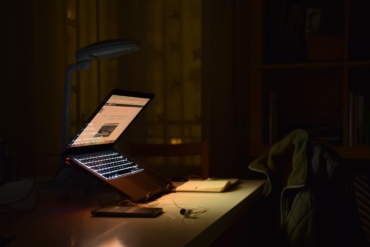 Yes, North Korea is famously feared for its aggressive nuclear bomb threats. Yet there are more “digital bombs” that the isolated state has in its arsenal: organized hacking.North Korea is stocked with good hackers who have carried out shocking attacks against other countries and large firms. By the same token, all these fall under the large umbrella of terror that the nation is prestigiously known for.

North Korea Hackers at it Again

Kaspersky Labs disclosed that North Korean hackers attacked a cryptocurrency exchange. Apparently, the hackers installed a malware in the exchange. Furthermore, this is the first time an attack of this dimension has come from North Korea. The malware the hackers deployed is named AppleJeus. This malware was able to penetrate the systems of the exchange after an employee downloaded a compromised app.

For one thing, this further consolidates the fearsome reputation of North Korea as the bad guys. Be as it may, Kaspersky Labs suspects that the attack was inspired by the Lazarus Group. This group is a notorious squadron of North Korean hackers. Some of these hackers have affiliations with the state. This attack is believed to have been launched to steal cryptocurrency funds. The hackers were able to develop the infected app using fake security certificates.

North Korea Hackers Attempt to Steal from the Exchange

In the same way, this attack is believed to have been launched to steal cryptocurrency funds. This hack joins the long list of heavy attacks from the hermit state – some of which have been shockingly successful and others, in contrast, a ridiculous failure. With attention to this hack, a report from Kaspersky Lab states, “to ensure that the OS platform was not an obstacle to infecting targets, it seems the attackers went the extra mile and developed malware for other platforms, including for macOS.”

In addition to this, Kaspersky Labs asserts that the Linux version would be emerging soon. Markedly, this would be the first of its kind pertaining to this APT group using malware for macOS.

Who is the Lazarus Group?

The Lazarus Group have notably attacked South Korean exchanges as hacking targets. Platforms like YouBit, Bithumb, and Coinlink have previously felt the fury of this hacking group. Sometime in June, researchers alerted the world to a macOS malware attack which was aimed at users of Discord and Slack. To that end, this compromised their systems.

Donald Trump made a historic summit with the North Korean Leader Kim Jong Un. The world expects that along with giving up its nuclear weapons, North Korea will reduce its cyber warfare, in terms of organized hacking.