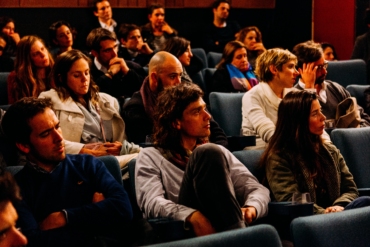 As the arguments about cryptocurrency and its importance continue, the debate is slowly but surely establishing a pattern. Indeed, the trend here is that most older people, like Nouriel Roubini, are pessimistic/ignorant about the technology. On the other hand, IT savvy young people are so in love with it. As a result, these youths are investing money in the new asset class despite the inherent risks.

However, Roubini, American economist and professor at the New York University Business School, recently got on the cryptocurrency soapbox. Roubini, who is the chairman of economic consultancy firm, Roubini Macro Associates LLC, viciously lashed out at cryptocurrency. Indeed, he didn’t seem to have nice words for cryptocurrency in this exclusive interview with Bloomberg.

In his reaction to the SEC rejection, Roubini said that he wasn’t surprised. Roubini argued that Bitcoin (BTC) is not a real asset, tagging it a “fad.” He went further to say that cryptocurrency is an “overhyped technology” and “useless.” He added that the technology is not going anywhere. So, he hinged his argument on the issues of scalability and proof of stake.

His View on Bitcoin and Ethereum

Well, the renowned economist faults the structure of Bitcoin. However, he was way too critical of the economic standpoint on the application of Bitcoin. Again, the university professor argued that Bitcoin doesn’t satisfy the definition of money.

In truth, Bitcoin proponents have made contrary arguments in the past. In the debate, they presented convincing claims of how Bitcoin satisfies the definition of money. But to Roubini, that doesn’t matter as he has had his mind made up with his economic dogma.

On Ethereum smart contracts, he said that it is a scam. He also believes the same of the entire ICO industry. He sounded quite cynical, saying that people are raising capital for valueless projects.

Here, Roubini criticized the much-talked-about decentralization, wondering why the biggest exchanges remain centralized. He wondered why anyone should compare the transaction traffic of fiat currency to that of slow cryptocurrency. The economist posited that no one should be talking about cryptocurrency being more secure while crypto-exchanges are exposed to cyber-attacks every day.

The Possibility of Banks Adopting Blockchain

As expected, Roubini diminishes the obvious contradiction, arguing that banks often test new technologies. He added that the fact that banks are heavily investing in blockchain is no guarantee that they would deploy actual services based on it, despite already doing so. Roubini insisted that banks throw around only a small amount of capital every now and then. He concluded by saying that he holds no cryptocurrency assets.