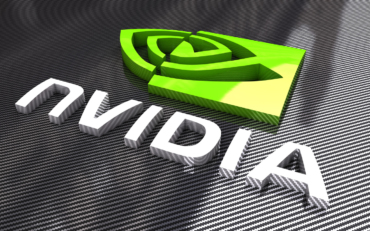 Jensen Huang, the CEO of U.S-based GPU manufacturer Nvidia had some interesting things to say about the cryptocurrency market during the company’s latest GPU conference which is held annually. Among those statements was that Nvidia does not consider cryptocurrency mining as one of its businesses.

The Nvidia CEO stated that cryptocurrency mining makes up a small part of the company’s GPU market. in his statement Huang specifically pointed out that his company is not involved in the bitcoin market, adding that Bitcoin mining is preferably done using Application-specific integrated circuits (ASICs).

GPUs have traditionally been used in cryptocurrency mining because they offer a lot of computing power. They are also capable of other features such as artificial intelligence and learning. However, ASICs are designed to tackle a single task courtesy of their application-specific integrated circuit which are very efficient.

Despite the Nvidia CEO’s statement about his company not being involved in Bitcoin, it does not mean that the tech giant has been missing out on altcoins. Nvidia dominates when it comes to Ethereum mining as pointed out by Huang, stating that Ethereum was created as an algorithm ensuring that individual entities do not control Ether. It was thus created in such a manner that it demands processing capabilities similar to those offered by graphics cards. The company had quite a good run in 2017 due to the high demand for GPUs by cryptocurrency miners.

Huang also stated that he believes blockchain technology and cryptocurrencies will not go away any time soon despite the tanking prices. This means that GPU makers such as Nvidia and AMD will continue to reap the benefits in the future. However, analysts believe that these companies are going to face competition from ASICs which seem to be rapidly gaining traction in the crypto mining community. However, Nvidia should not be worried about this since it does not consider the cryptocurrency mining market to be one of its businesses.