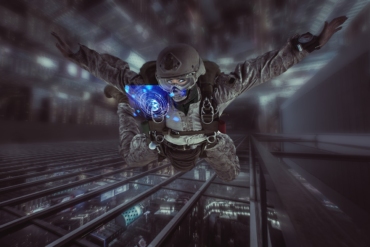 Origin Protocol, a startup company offering peer-to-peer services, has successfully raised $28.5 million through a Simple Agreement for Future Tokens (SAFT) sale. The U.S. Securities and Exchange Commission published the funding in its document that also revealed that 190 investors participated in the sale between January and April 2018. Origin is also making big waves after announcing its team up with NuCypher for security reasons.

The document revealing the funding for Origin says that all the participating investors were accredited. Earlier, reports said that the startup platform sold its token worth $3 million to Pantera Capital, a venture fund. The company used the funds from this sale to develop a system within Origin for creating decentralized marketplaces. The co-founder of the company, Josh Fraser hinted that they will be conducting a public token sale at some point in the coming days, although he did not in any way suggest any confirmed timeline for the distribution of the token.

However, Fraser did say that the token distribution may happen during the platform launch. The co-founder believes that with the early proof of the testnet concept in hand, his San Francisco-based startup is already on the right track for the main net launch scheduled for the third quarter this year. Fraser is satisfied with the way development is going on.

A few days ago, the blockchain startup announced that it will be partnering with NuCypher to increase the security and the scalability of decentralized applications that are being built on its platform. NuCypher is known for providing data sharing access technology and end-to-end encryption. The company will add a protective privacy layer for the security of blockchain technology-based sharing economy.

Apart from NuCypher, more than 30 other companies including CanYa, Propy, and WeTrust have already started building applications on the Origin platform. The commitments include ridesharing applications to decentralized freelance marketplaces. The official statement from Origin Protocol says that the main purpose of the NuCypher system will be to give a protective layer to the blockchain addresses that are used for home sharing, remote locations, as well as for identity-sensitive applications such as ride shares.

One of the biggest advantages of this security layer will be that job seekers will be able to interact with any decentralized recruitment platform without revealing their identity. NuCypher will offer the security services to the American company providing transaction services through a proxy re-encryption method.

It will ensure that no one, including NuCypher or those utilizing the encryption, will be able to have an access to the underlying data of the Origin.