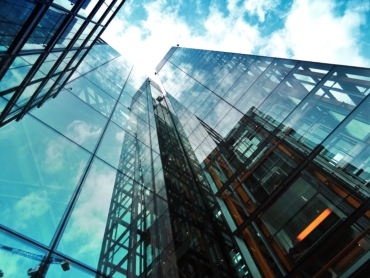 CCP Technologies (CT1) announced the purchasing of a great portion of its shares by Penta Global Blockchain Foundation. In view of this transaction, Penta becomes the largest shareholder of CCP Technologies. The Australian Securities Exchange (ASX) has given the green light for the acquisition.

What Does This Mean?

To start with, this would be the first time that an altcoin, with a non-large cap cryptocurrency, was used in the purchase of a company’s shares. To no one’s surprise, this is generating excitement around the blockchain world. This acquisition indicates a reducing chasm between the traditional equity market and cryptocurrency. The future is indeed bright with the prospect of increased adoption of blockchain in the conventional world of investment.

According to company CEO David Ritter, “This represents one of the first times a digital currency has invested directly in a public company on a major exchange and reflects Penta’s commitment to bring blockchain technology to the real-world economy. We see many strategic opportunities to work with CCP Technologies to deliver new solutions to the market.”

Certainly, Penta is not one of the most popular celebrities of the cryptocurrency world. Nonetheless, Penta had enjoyed tons of plaudits for its bold and pace-setting application of blockchain to the real-life mainstream economy. Very few blockchain companies can boast of such achievement in their CV. In its white paper, Penta bellowed its ambitions to anyone who cared to listen. Penta strongly believes it will positively disrupt the real world economy in unprecedented scale.

This is the driving force that both Penta and CCP Technologies (CT1) share. Both companies envision a reality where blockchain is more interwoven with the Internet of Things. This is the foundation of the fiery love that unites both companies in a push to advance the increased assimilation of blockchain technology. First, it starts inn the Australian economy. Then, they want to conquer the world’s economy. Putting their hands where their hearts are, CCP Technologies is already practically exploring ways to help governments serve public needs with blockchain solutions.

Other Partakers In The Penta Deal

First Growth Funds (FGF) was among the major investors in the acquisition. This move stems from the fact that First Growth Funds believes that explosive energy can be synthesized when the Internet of Things comes in conjunction with blockchain. It is really remarkable seeing the deal sealed without any fiat currency. This is a genuinely great sign of big things to come for the blockchain world.