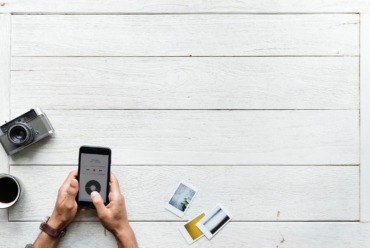 Since the last upgrade that happened this year for Bitcoin Cash (BCH), many developments have progressed even further. This week, a distinctive light client referred to as Pixel Wallet was launched. With it, you will be able to send people BCH within an image.

Pixel Wallet provides users with the capability to attach BCH transactions to pictures. Primarily, what this app does is allow BCH users to send transactions in a steganographic manner with the wallet drubbing funds in plain sight. This project was initially launched and announced on the BCH Testnet where the developers explained that the application would be the first of its kind.

Recently, Pixel Wallet launched its beta version on the BCH Mainnet. Already, lots of users have been trying out the platform on Android devices.

Why This Is a Pretty Cool Thing

The app is still in the beta release, so you can expect to experience some glitches. As new updates are implemented, the stability will likely increase and its popularity will rise, along with the size of its user-base. The application is definitely the first of its kind. What other app allows you to attach photos to transactions in a steganographic fashion? None.

At the moment, users can download the app from the Google Play store. Here is how it works. When you open the app’s platform after downloading it, a wallet is created. Then, the user receives a CashAddr, which is a Bitcoin Cash address. You also have to ensure that you’ve allowed the app to access your camera to enable the taking of pictures. With a messenger application, or via email, the user can then send the picture with BCH in it. While decrypting an attachment sent from the Pixel Wallet, you will need a password. This provides the users a high degree of security.

In a recent statistic, by 2016 about 63% of the population worldwide already owned a mobile phone. Such a proliferation of portable computers could make this app become the next big thing as far as encrypted BCH transfer is involved. It’s just in a week-old beta, but there is a lot of hope for the future of the company, especially after it starts churning out regular updates in order to increase the app’s stability. If all goes well, the Pixel Wallet will become a magnet for both investors and users.