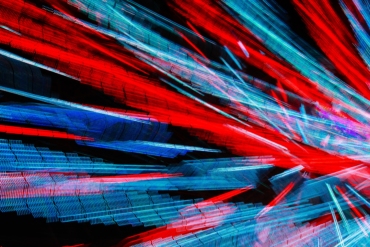 Believe it or not, many Bitcoin traders care less about the technical wizardry behind the virtual currency. But in all fairness to them, they ought not to care after all. Absolving them of blame is rational, given that many smartphones users out there don’t give a hoot about the tech ideas invested in their flagship devices. Well, Bitcoin investors have something to worry about now, quantum computers.

To catch this drift perfectly, one must understand the technicalities behind Bitcoin transfers. Let’s say Tony wants to send Hilary some bitcoins. Tony will propagate a message through his node to the entire trustless network of nodes. The message will contain Hilary’s puzzle and the solution which unlocked the previous funds sent to Tony. Furthermore, he will disclose the public key used for the solution verification. Upon verification, other nodes will assume Tony’s authorization to send the coins and update the new transaction in their time-stamped records.

There is a public key, made up of 34-character strings, and a private key, a string of 64 letters and numbers. While the public key is viewable by any node user, the private key belongs to the owner. So, both of them receive encryption in the broadcast. Technically, they say that the private key “electronically signs” the transaction (digital signature) enabled by mathematical algorithms called elliptic curves. The message will validate if the digital signature corresponds with the public key. The Bitcoin program is an intelligent one that does the validation before its propagation in the network. The minute the transaction receives validation by other nodes, it becomes part of the ledger or a blockchain. At this point, the transfer is complete.

Quantum Computers Are A Security Threat

These electronic signatures are impossible for today’s computers to fake – but not for quantum computers. Quantum computers can potentially sign such electronic signatures using quantum mechanical processes that follow the principle of minute-scale physics. These quantum computers seamlessly solve cryptographic puzzles. With Shor’s algorithm, elliptic curve cryptography can be manipulated by automatically generating the private key from the public key. You see, with that any node in the trustless network can intercept the broadcast and redirect it to their wallet.

An alternative to the elliptic curve cryptography should be devised. This will effectively tackle the failing in the current model. Although newer cryptocurrencies are being developed to take these dangers of quantum computers into account, Bitcoin will potentially become useless (if no alternative is devised) while resistant cryptocurrencies take over.