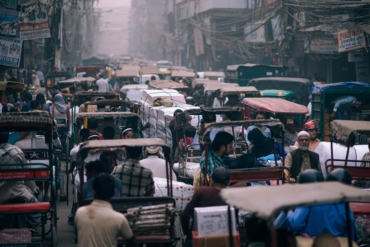 Investigators of the cyber-crime department have yet to come across evidence linking Raj Kundra to any wrongdoing. Kundra, husband of actress Shilpa Shetty, was under investigation for doing business with Amit Bhardwaj, the main suspect in the case. Bhardwaj was potentially running a Bitcoin Ponzi scheme.

Cybercrime prosecutors presented a 4000-page charge sheet to the court of a special judge. In the case, the 9 accused individuals may have had involvement in a scam claiming as many as 433 bitcoins. Questioned for nearly 8 hours on June 5th, Kundra recorded his statement in relation to the case. However, there is nothing linking the actress’s husband to any wrongdoing, but police are saying that they will continue examining whether Kundra had any involvement in the cases.

Investigation Up In The Air

Cyber Cell Investigator, Manisha Zende, told Times of India that the enquiry against Kundra is in the preliminary stage. She says, “The inquiry against Kundra is at a preliminary stage and the question of his name being mentioned in the supplementary chargesheet does not arise.” The investigator also stated, “So far, we have not come across any concrete evidence against him.”

The case involves defrauding 8000 investors across India in a Bitcoin scheme for Rs 2,000 crore. After launching the case, a total of 277 investors recorded statements involving 1,750 bitcoins. The case gave warrant to arrest both Amit and and his brother Vivek Bhardwaj. Amit is currently at the Kolkata Police station while others are in Yerawada jail.

Even though the accused could not show the investors evidence of their investments, they encouraged them to continue investing more money to get higher returns. As always, investors should have been more careful when entering any investment when all details are not apparent. The Bhardwaj brothers may have invested the collected funds in new business ventures in Hong Kong.