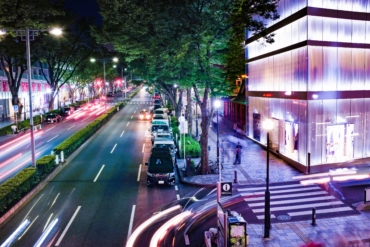 Rakuten, the popular Japanese e-commerce company, has announced that it has bought a cryptocurrency exchange. The company is said to have acquired Everybody’s Bitcoin Inc., which is based in Tokyo. Rakuten bought the exchange for $2.4M USD, which saw the company become 100% share owner.

Before the sale, Everybody’s Bitcoin Inc. had received business improvement orders from Japanese cryptocurrency regulators. The improvement orders included KYC and money laundering requirements. In Japan, Know-Your-Customer is a compulsory law that every exchange must follow in order to trade. Rakuten has assured that it will work to ensure that the exchange follows all the required laws.

Everybody’s Bitcoin was launched in March 2017 and has remained unlicensed since. The exchange is, however, one of 168 exchanges who had applied for a license. Everybody’s Bitcoin Inc. will still remain under investigation from Japan’s Financial Services Agency despite the new acquisition. The exchange was also having financial struggles before the sale. In its fiscal year, which ended in March 2018, the exchange reported a net loss of $444,000 USD.

In a statement, Rakuten said, “For us to provide digital currency payments in a smooth way we believe it’s very important for us to own a cryptocurrency exchange.”

Rakuten is not a new player in blockchain technology and digital currencies. The company already has an operational lab in the United Kingdom which researches blockchain. Sometime back, the company also bought intellectual property assets belonging to BitNet, which were to act as a blockchain loyalty program. Acquiring an exchange now shows that the company is ready to become a frontrunner in the development of the sector.

Reports have also indicated that Rakuten obtained the exchange in preparation to launch its own digital currency. People familiar with the matter reported that Rakuten wants to have its own cryptocurrency before the end of 2019. The company started accepting Bitcoin payments in 2015 and is a big time cryptocurrency follower.