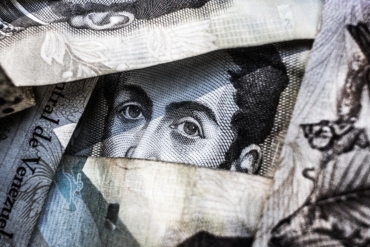 A study conducted by Satis Group, an initial coin offering (ICO) premier advisory company, revealed recently that 81% of the large ICOs that occurred in 2017 are classified as frauds. According to the study, four out of five launched ICOs have turned out to be scams and that millions of innocent investors have lost money in these notorious cryptocurrency projects.

According to their research paper, the firm discovered 81% of the large ICOs were frauds, 6% failed and only 8% successfully made it to the cryptocurrency exchange market. The Satis Group used publicly available data on the ICOs that had a minimum of $50 million market cap and above.

The ICO firms were classified into 6 categories: Scam, Failed, Dead, Dwindling, Promising and Most Successful. They were then regrouped into two large categories, Failed to List and Succeeded to List.

Since the inception of the cryptocurrency industry, a large number of companies have increasingly used ICOs to raise funds to invest in various business opportunities. Most firms are issuing multiple cryptocurrency tokens to allow users to purchase and trade in the ICOs on cryptocurrency exchanges with promise of substantial earnings.

The ICO concept is crafted from the popular initial public offering (IPO), where the business entities usually issue shares. Furthermore, most ICO firms tempt potential clients to invest more with the promise that they will buy back their tokens after the price value of the coin increases in the near future.

Since digital currencies operations are decentralized and not regulated, most scammers take advantage of the vulnerability of the investors to attract them into projects that do not exist. Last year, a study conducted by Ernst & Young revealed that over 10% of ICO funds are technically lost to hackers and scammers.

However, despite the increasing number of ICO scams, there are cryptocurrency investors who understand the trends of the industry and are able to tell the difference between the suspicious ICOs and legitimate ones.

The Satis Group has longstanding experience in the cryptocurrency industry and is renowned for its excellent social media marketing and management efforts. The company embraces the concept of ICOs and has supported numerous reputed ICOs in the market.