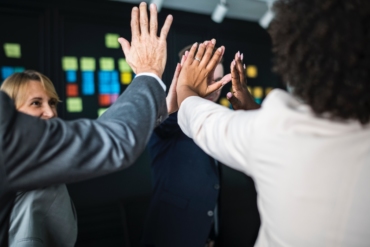 Many altcoins are struggling to maintain footing in the cryptocurrency market. Though, Ripple (XRP) and Ether (ETH) remain relatively stable. The market is experiencing turbulent times and no cryptocurrency is completely immune to the chaos. XRP appears to be a different beast. Although it’s not prone to bearish movement, XRP is appearing to be the least hit by the endless price falls. Indeed, altcoins are struggling to withstand the chaotic crypto market.

Back in January, cryptocurrency prices were still riding after a strong 2017. At the time, XRP almost hit the $4 mark. As the days went by, the prices would continuously drop, finally settling at $1. At the time of writing, the price sits at $0.411. From the look of things, XRP doesn’t seem to have given up yet as the cryptocurrency may be preparing to soar in the next Bull Run.

Signs Of A Possible Rise

Some weeks back, Bitcoin (BTC) led other altcoins in the most recent spike in virtual currency prices. BTC itself soared by $2,000 in two days, and then it settled at $8,200. Although it didn’t last long, many cryptocurrency analysts believe that events playing out around other digital currencies disrupted the spike, forcing it to end abruptly. Admitted, the Bull Run has ended, but many analysts firmly believe that the week-long rise prepared the market for yet another run that will last much longer, leading to a serious period of recovery for all cryptocurrencies.

What Does The Future Hold?

This August may just hold another Bull Run. If that happens, XRP will definitely benefit from it because its team has been working round the clock to create new products and improve existing ones. Additionally, it is signing new partnership agreements with financial institutions. With XRP already sitting at $0.411, a month-long Bull Run is most likely going to see it scale beyond the $1 mark. Blockchain technology is making inroads on the global banking sector, and banks that are honest enough to admit this are turning to XRP. The cryptocurrency has prepared itself to deliver the improvement that the current banking sector needs, which makes it relevant both in the traditional banking industry and crypto-sphere.