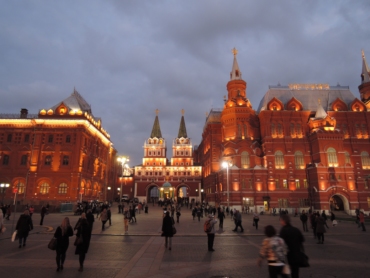 It is no secret that Russia has been on the fence about cryptocurrencies for quite some time. The country’s latest blockchain and cryptocurrency developments may shed some light on the probable direction. Russia is reportedly planning to test a new technology for initial coin offerings (ICOs) through its biggest bank, Sberbank CIB.

The Sberbank CIB bank, owned by the country’s government, is working with National Settlement Depository (NSD) to run the project. Sberbank CIB is the investment banking subsidiary of Russia’s largest bank, Sberbank. The enormous bank has 86.5 million active customers in Russia and a large part of Eastern Europe.

The planned launch will allow testing of the ICO platform. If they are successful, the country’s blockchain-based firms will most likely use the platform to launch ICOs. The test run will involve the launch of an ICO on behalf of a Russian company named Level One. They run the biggest commercial hall in Russia.

The NSD will record tokens and handle their circulation and allocation. It will also act as the custodian of the transactions by registering and keeping the assets. Meanwhile, the Russian bank will handle matters regarding issuance and will also act as the anchor investor for tokens issued.

The bank plans on offering more transparent ICOs to the general public once it evaluates the upcoming blockchain transaction together with the NSD. The two also expect feedback from the Russian Central Bank. Transparent ICOs should help bring such transactions into the mainstream and also attract traditional investors, many of those skeptical about investing in the cryptocurrency market.

The scheduled ICO will take place towards the end of July 2018. Both the Sberbank CIB bank and the NSD believe that the test program will allow them to reduce risks associated with ICOs while providing more transparency. Igor Bulantseve, the CEO of Sberbank CIB, stated that Russian companies have been growing more interested in the opportunities unlocked through ICOs. The ICO project thus comes at an ideal time.

Bulantseve also stated that the ICO market in Russia has a lot to offer and that its customers are interested in such opportunities. This is one of the reasons why the bank has been determined to run tests and eventually launch a platform.